Lair of the Phantom 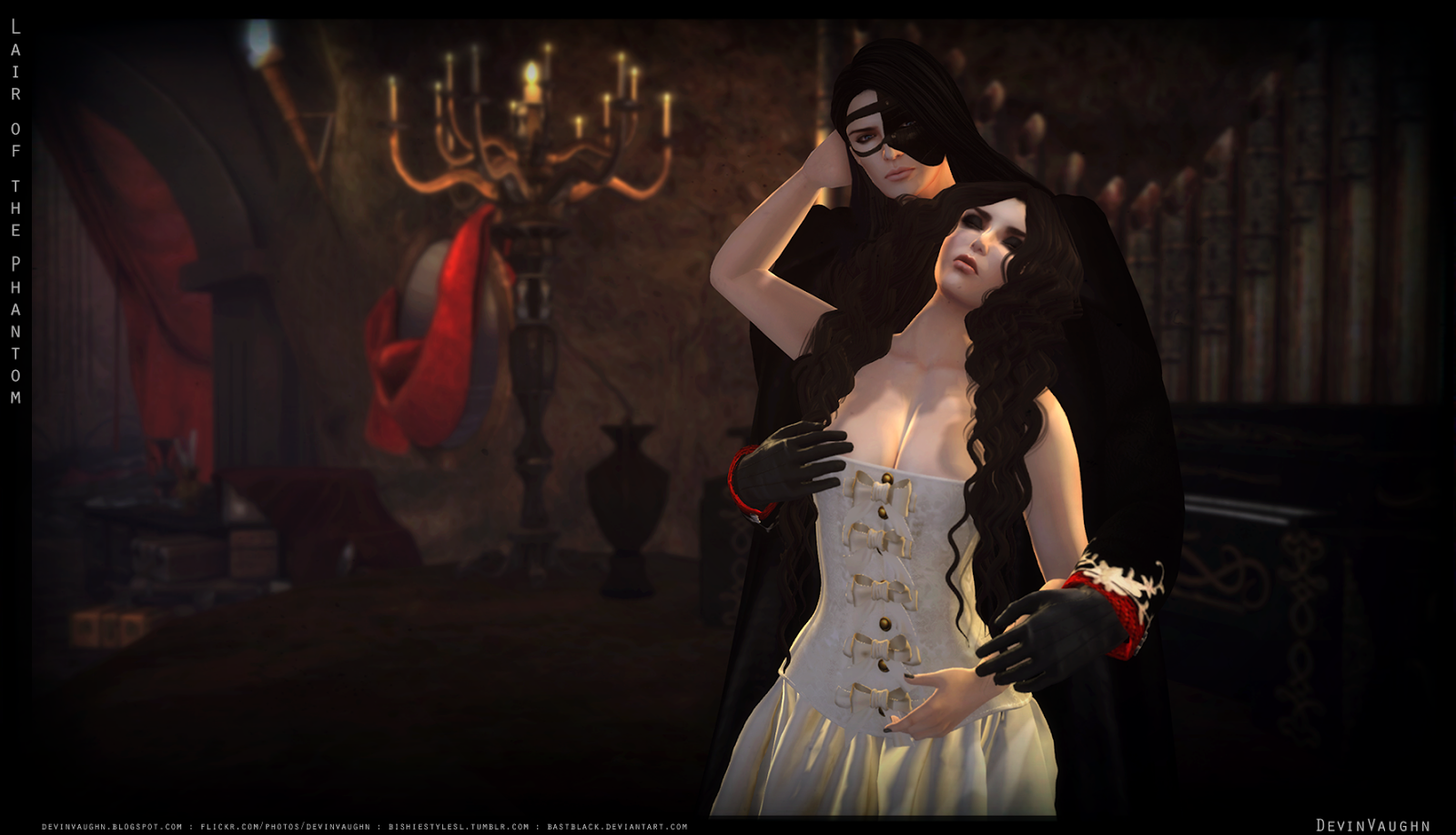 (click to enlarge)
STORYLINE: He had been a promising music prodigy when tragedy struck. His mentor, the conductor of the Paris Opera, stole his composition, murdered him, and set their workroom on fire to hide his crimes. But the young Erik did not die. Flames covering his body, he dove for nearest body of water he could find, the sewers of Paris. His survival was a secret to the world above. His life, career, and face were stolen from him. Hearing his own music being performed by that traitor drove him mad. The thirst for revenge burned deeply in his soul. He bedeviled the production as often as he could. People began to believe the opera house was haunted. And then everything changed. The voice of an angel brought light to his gloom. Suddenly, his heart remembered its love for music. He lured her down to his domain. With his tutelage, she would bloom into the best soprano in the world. He would compose a masterpiece for her and to reclaim his name. His salvation was in grasp.

When I was kid, I saw an old black and white movie Phantom of the Opera. I was captivated and have loved the Hades archetype ever since. So when I saw Death Row made a Phantom of the Opera set, I was ecstatic! It's an awesome skybox role play environment. There are 19 pieces to the set. Head over the OMG Gacha to play the gacha. The event runs from the 10th to the 31st.

On Her, Christine:
Guest appearance: Gia Nikai Juliesse
For stylecard and more images, visit Giaslilcorner blog, and flickr.
Thanks for your help, Gia!