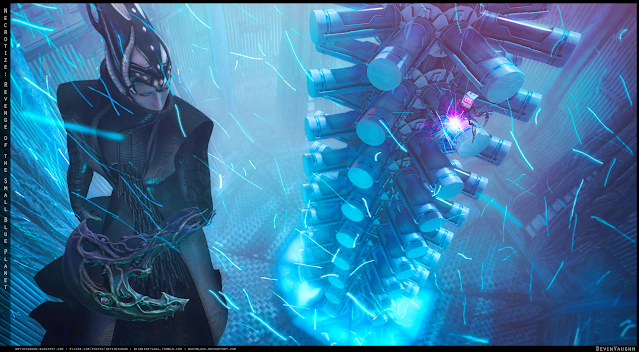 STORYLINE: The Caretaker had been asleep at the spaceship controls, his hand still resting on a full belly. He had a satisfied smirk still on his face from eating the forbidden fruit from a quarantined planet.  Other than the small blue planet being infested with life, he saw no harm in stopping for a quick tasty organic meal. But as his eyes snapped open and stared in shock at the angrily blinking monitors of the colony ship, he knew he had made a grave mistake. The ship was making an eerie mechanical bleep in a repeating rhythm that seemed to be counting the passing of time. His monitor was glitching and forming a pattern. He couldn’t read the alien language that spelled out, “Welcome to Earth Asshole,” but he did recognize the skull pattern of the monkey creature he ate. It was laughing. Was it mocking him? More alarms began to blare. Lights flickered. He looked around in disbelief. No way did that primitive culture have a Planetary Defense. There was no armada. What was happening? A red alarm began to flash. Hull breach in Pod Bay 94. He grabbed a weapon and raced there. The doors were jammed. He forced it open, and was immediately struck with swirling wind and sparks. On top of a pod was some kind of alien technology bot destroying his precious cargo! And it was rapidly multiplying, building more copies of itself from parts of the ship! What was it? Malevolent Artificial Intelligence? Horrifying! He leapt inside to maelstrom to quickly do what must be done. If he survived, he would never again question the quarantine bans.

Necrotize's finale is tomorrow, don't miss all cool alien and cyber horror themed creations and gifts! This image was inspired by items at the event, and a twist on the classic War or the Worlds trope: "germs save the Earth!" But in my version, its our AI that mounts the attack. Our Cute Little Hero is a Classic Macintosh on spider legs by Shard. Its an Animesh pet you can wear with texture options to have him wear a ghost sheet, and of course there are blood spatter options. Love him! I'm wearing the Aliens Convent themed Observer outfit by Somnium. It's a complete outfit including hands, so you really only need to make sure the head fits for any style avatar to wear it. The Xenomorph-like  Helmet by Ivy includes tattoo layers for shading on the face, and texture change hud. The grey Fralin skin by Stringer Mausoleum is perfect for the Caretaker and its EvoX too. The Symbiote Scissor weapon by Artemisia has 2 huds for textures and attack animations. The Skybox and Pods are by Celeste. They are both mod which was super handy for me to change things up a bit to create the inside of large alien spaceship. Adding to the organic feel of the ship,  is What's Lost Spirit's Fear buildings that function as pillars lining the cargo bay and acting as the main pod pillar. 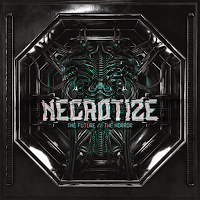 Posted by Devin Vaughn at 7:12 PM No comments: