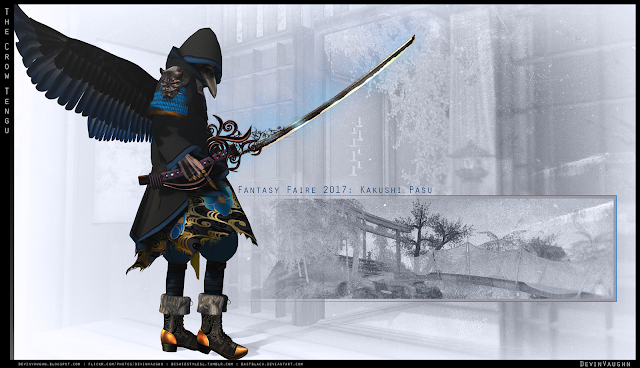 (click to enlarge)
STORYLINE: There once was a young Crow Tengu who was told by his parents to stay away from humans, (the Tengu were forbidden from interfering in human affairs). But he simply could not obey the rules. His heart belonged to a little girl with a laugh that sounded like the call of crows. Adorable. To him, she was one of them, even if she had no feathers. It all started one day when he was out scouting the mountain. Tucked deep in the forest by a babbling brook, was a small human nest. There was a sickly looking girl sitting outside alone. Being curious, he flew down and asked her what she was doing. She explained she was gravely ill and her parents were both working hard to earn enough money to treat her illness. He shook his feathers in confusion at the difficulties of human rituals, but before he could ask about it, a rain of questions showered down on him. Since he liked the attention, he told her stories about himself, his people, and their oral history. She hung on his every word. Her eyes, which seemed so dull before, now sparked with life. So each day he would fly back to his number one fan and tell her a new story. By the time fall came, she had made a full recovery and would return to school. The crows too were preparing to fly south for the winter. With a big hug, she thanked him for keeping her spirits up. He fluffed out his chest in pride, and then plucked out one of his feathers to give her, "Always remember me." He felt sad their storytime was ending. She laughed her adorable crow laugh, said it was impossible for her to ever forget him. ...Many years later she wrote a best selling children's book, "The Many Wild and Wonderful Tales of the Crow Tengu."

This is last weekend of the Fantasy Faire, don't miss all the excitement! You can find a schedule of all the activities here: FantasyFaireSL   And over at pinterest is the handy shopping catalog: shopping-catalogue-2017. Have fun gang! UPDATE:  The Faire has been extended to May 4th. 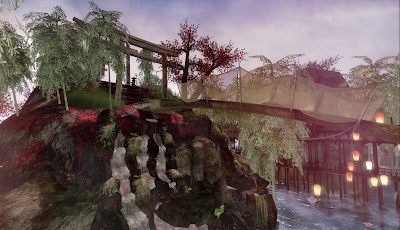 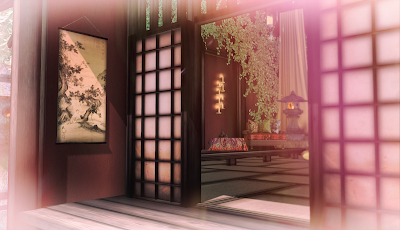 Posted by Devin Vaughn at 2:09 PM No comments:

Fantasy Faire 2017: The Violinist of Venice 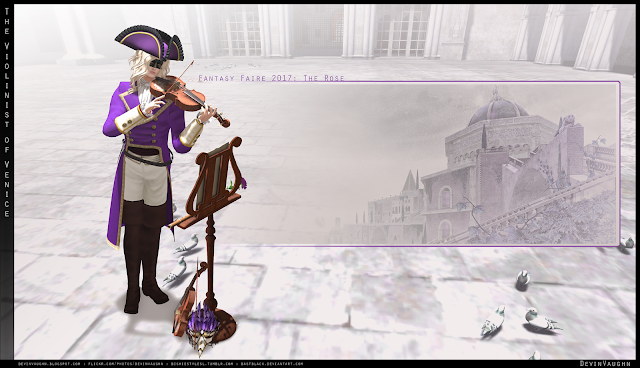 (click to enlarge)
STORYLINE: Water lapped at the edges of the Piazza San Marco as the night sky softened to pinks and purples. A lone figure emerged from the shadows carrying a violin case and music stand. He was dressed in formal clothes from another time period. In any other city, he would have drawn stares however this was Venice. Wearing a mask was not considered odd either. As the man took off his cloak, and positioned his music stand, several locals quickly took up best sitting spots nearby. They knew to expect his exquisite concerts in the spring. And he did not disappoint. His music was so powerful, several women tried to discreetly wipe away their tears. Money began to fill his violin case. There were murmurs he was someone famous, but no one really knew. He didn't talk much, just nodded and said thank you, He always took his earnings to the nuns at St. Mark's Basilica and asked them to donate it for him to cancer research. The nuns knew to not ask questions, but surely his heartfelt music reflected a soul grieving the loss of someone dear.

The Fantasy Faire going on strong. 15 beautiful sim designs. The popular Quest game. Literary festival. Role playing. Parades. Live performances. DJs. Parades... and not to mention, lots and lots of shopping to raise money for a good cause, Relay for Life of American Cancer Association.

You can find the shopping catalog for the Faire here: Shopping-catalogue-2017  It includes direct teleport coordinates to speed your shopping. NOTE: The catalog shows only the Relay for Life vendors, there is much more to be seen and explored at the Fantasy Faire. Don't miss one of the very best events in SecondLife! 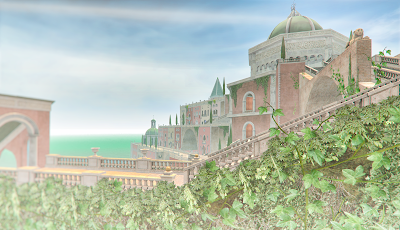 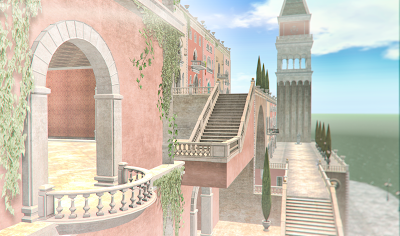 Posted by Devin Vaughn at 8:51 AM No comments: 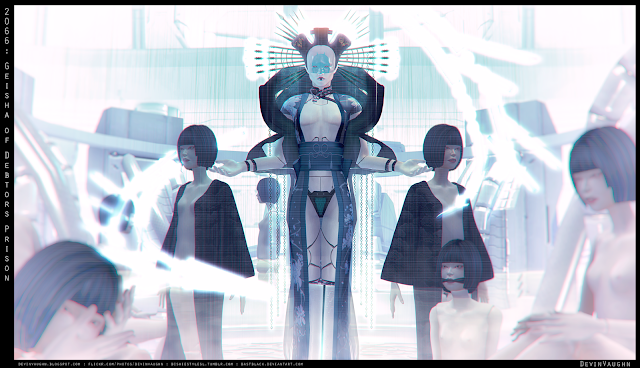 
Location:
Insilico
Posted by Devin Vaughn at 4:58 PM No comments: