Shadow of the Reaper 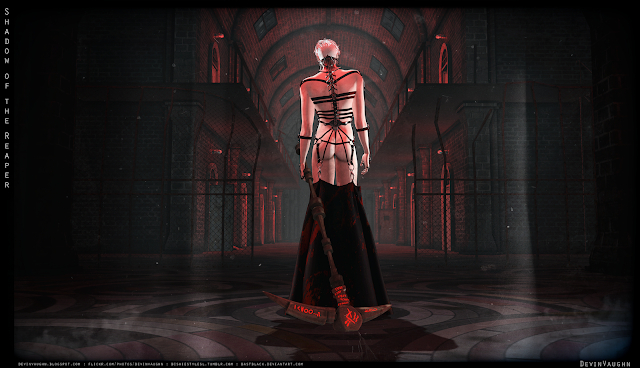 (click to enlarge)
STORYLINE: Metal scraped against the cold stone tiles. The sound echoed in the atrium of the Blessed Virgin's Home for the Mentally Insane. The crazed chatter of the denizens, each locked carefully in their padded rooms, suddenly fell silent. It was so quiet, the soft pad of bare feet sauntering down the hall was audible. One daring old man peeked through a small crack in the doorframe. "Dr. Oliver Conray? he gasped. The scantly clad figure outside froze. "Oh, thank god it is you," the old man wiped the sweat from his brow. "I was worried something bad had happened to you. Say, uh...," he leaned in close to the door and whispered, "How about you help your old card playing buddy out? Let me outta here?" He smiled hopefully. The mute figure of Dr. Oliver Conray slowly turned towards the old man. His face was pale as death, eyes a souless inky black. The old man recoiled in horror. Dr. Oliver Conray raised his scythe high in the air, and with a mighty swish, the old man dropped dead to the ground.

Have you stocked up with Halloween ROMP goodies? Today is the last day. Shown above are two of my favorites from this round, the Naberius collar by the talented & twisted Contraption/CerebusXing team, and this badass harness and skirt by Salt & Pepper. It comes in fits for several female mesh bodies but no males. I used Slink female mesh body on the male base shape to model this outfit, and wore the male Mort Vivant skin for slink by TableauVivant. Works great in the back, but sadly Slink female does not have a flat chest option for the front. (The male and female Slink bodies are being updated right now. I put in a request for a flat chest option.) (Another option for genderbendering your way into clothing not originally made for men is to use the Maitreya mesh body with the Boi chest mod you can find in the marketplace.) Also shown is this amazing Asylum build by Madpeas. It is HUGE. It needs a full or half sim to rez.  The Scythe with inlay is by Swagga from a past Totally Top Shelf. The Edward hair by Tableau Vivant is on sale at The Men's Department. It includes a fit for default head and TMP head. 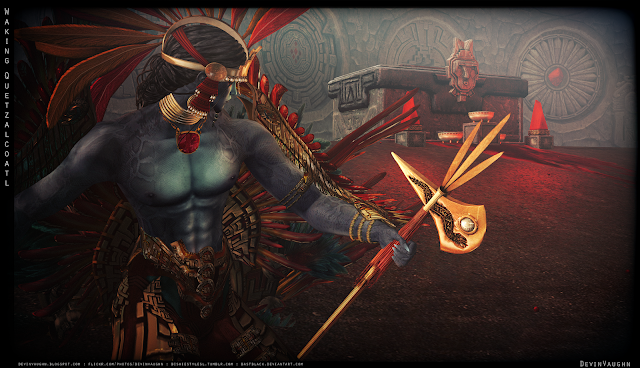 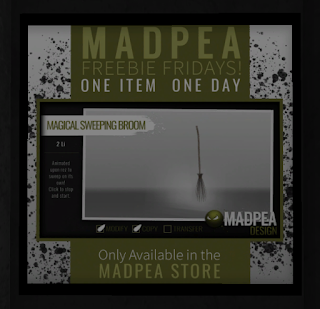 Posted by Devin Vaughn at 10:09 AM No comments: