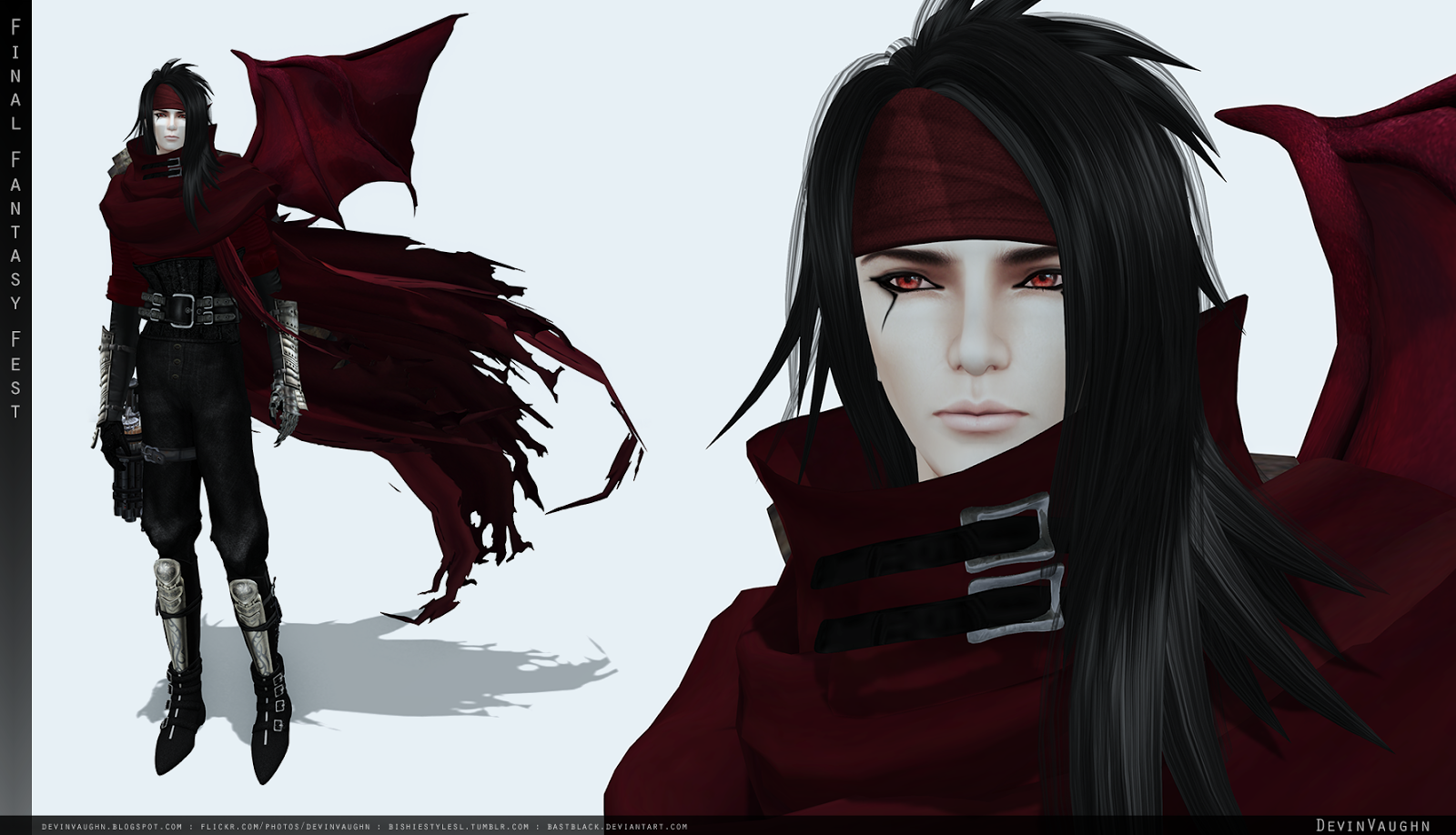 This awesome Vincent hair by Ayashi is on sale at the Final Fantasy Fest. You don't have to wear it black, you can wear any other color. The skin is the new release Sean by Tableau Vivant in the palest skintone with dark brow. Isn't the detail around the eyes awesome? Like black thorny tears, he's wearing the Guyliners by Lovely Disarray. Aii has this fun Vincent cloak with flexi tattered ends that swirl and move in a spooky cool way. The eyes are another soulful set from S0NG. I edit the texture to adjust the iris size. The backpack is a new freebie from the BareRose raffle. It's a coffin with a vampire creature trying to get out (which I think is cool symbolism for Vincent, monster in the coffin and he carries a heavy weight.). I totally camped hard for that. lol I added a tint to the wing to match his cloak and headband. The male corset from Schadenfreude I have shown before but this time with a spider texture. There are 3 different textures on the hud for it. The belt and shirt are by Lapointe and Bastchild. The belt is prim and scales on the x,y,z and comes with hud to change colors. The shirt is system and I used it here to work with the cloak. The pants, bracers and shin guards are by The Forge. Crazy person that I am, I wore on top of the Forge boots the goth classic winklepickers by Dare Designs. The system gloves are by Adan N Eve, mesh gloves by Ascent, and the armored glove by Druidamus. My gun of choice returns to the blog, the D-Z Guns Mini Redemptions Dual Chain Gun Revolvers. Love these babies.