Adieu Year of the Snake 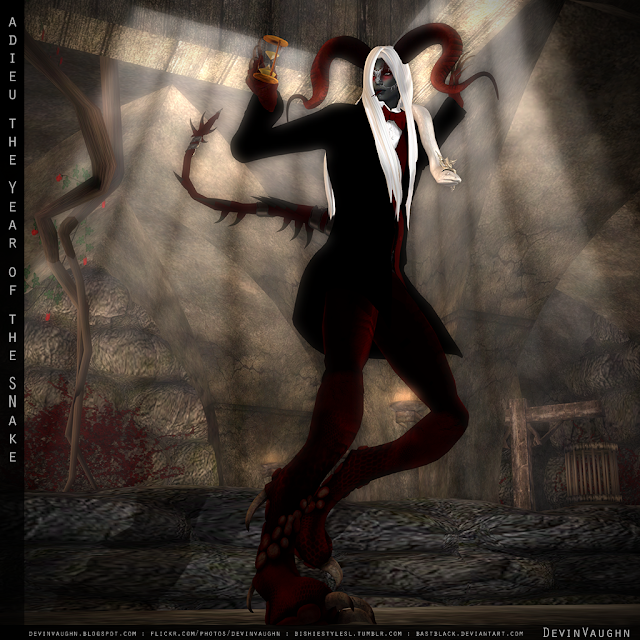 (click to enlarge)
STORYLINE: Mr. Snake makes one more formal appearance before retiring until the next time he is called to lead a year. Happy New Year Everyone! Get your lucky horse shoe out because on January 24th we start in the Year of the Horse.

Here's the first gacha goodies from Death Row in 2014, available at the January round of OMG Gatcha. The legs come in rigged male and female, and also as unrigged. I used unrigged above. The nails are for the default avi hand, and horns are an attachment.

On Him, Mr Year of the Snake: