Dream of the Little Kuro Oni 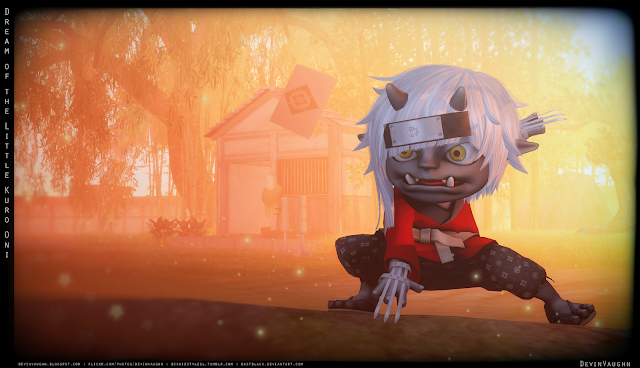 (click to enlarge)
STORYLINE: A kite sailing high above the summer festival hid a tiny passenger. The Kuro Oni was small, but ambitious. He practiced everyday throwing shuriken and training. As he spied on the villagers below, he saw two clever kistunes trying to pass themselves off as humans. They were holding a contest to find the strongest man of the village. They were promising the winner a fabulous prize. He wondered what mischief they were up to, but with them having strong magic, he couldn't help but daydream the kitsunes might make his dream come true. He wanted more than anything in the world to become a celebrated Ninja like his big brother.