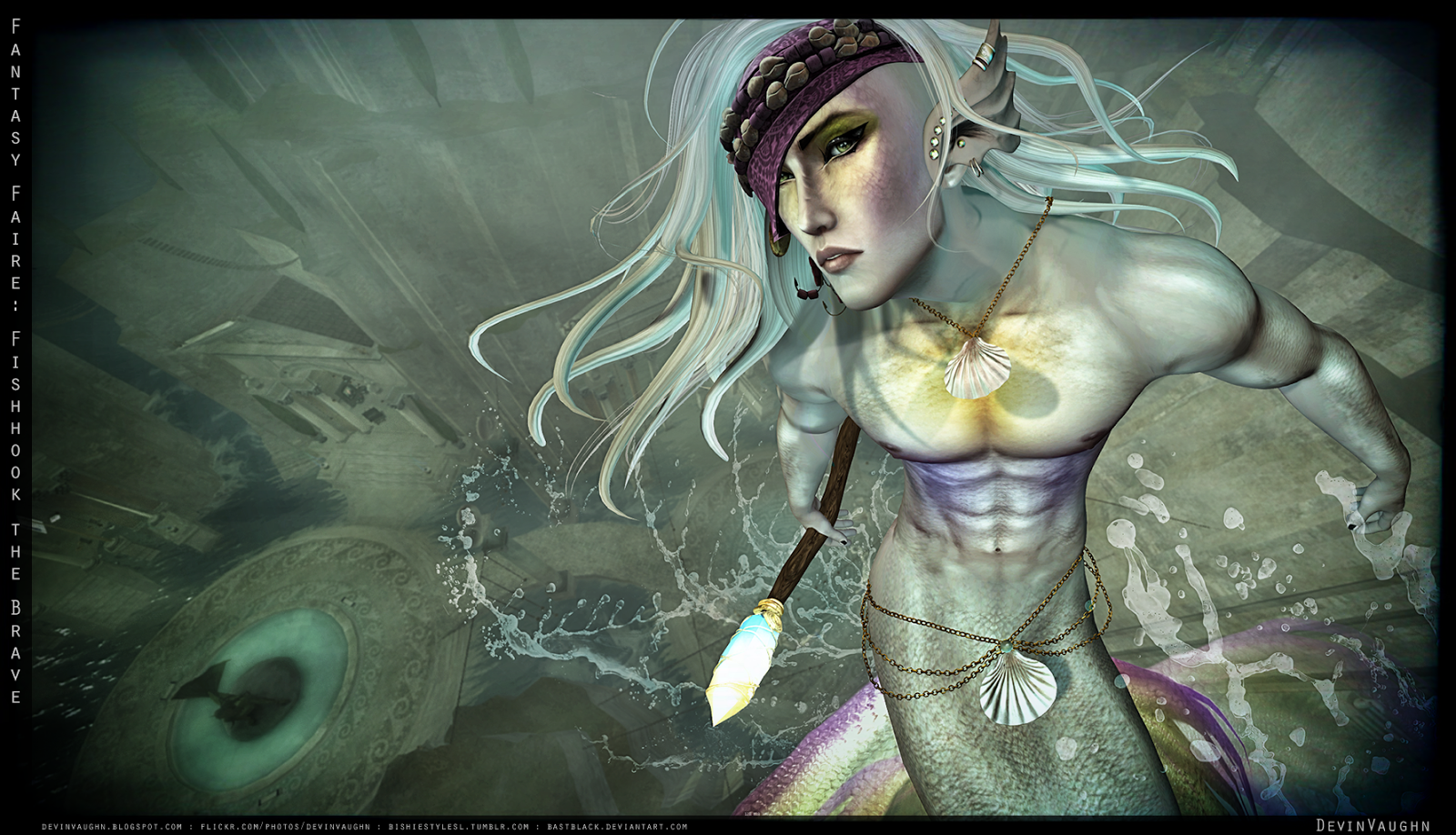 (click to enlarge)
STORYLINE: A great gathering of all Merkind was called. The Unweaver's villainy must not be allowed to continue! The Unweaver was vulnerable to water, but how could he be lured to their domain? Many ideas were offered, but no workable plan was found until the eccentric Fishook raised his hand. He was a Mer with a love for human fishing inventions. Some thought he was twisted. (Why would he love a thing that struck terror in hearts of most Merkind?) But his hobby lead Fishook to perfect the art of leaping out of the water. He loved crashing on boats to steal the lures of stunned fishermen. He was fearless. So naturally, his plan was accepted. The Sirens sung a beautiful song no mortal could resist. Slowly a mist crept into Odyssey. Fishhook knew it had to be the Unweaver! At just the right moment, he gathered all his strength and leapt high above the water. He caught the Unweaver by surprise, snared him, and they crashed below the waves. The Elders quickly sealed the Unweaver in a magical pearl where he could no longer make mischief. The Fairelands were saved thanks to Fishhook the Brave!

Today is the last day of the Fantasy Faire! Don't miss the opportunity to get some wonderful event-only Mermen skins and Atlantean temples from Fallen Gods! The male skins come with appliers for Slink hands and feet, Lotus, Soul ears, and the MeshProject head and body. You can also pick up the beautiful Pearl Temples and Pearl Lights by Fallen Gods. ...The Eclectica gargoyle ears are awesome! They come in several styles. Touch the ears to change the metal, skin, and gemstone textures. ...The staff by Bite and Claw is one of the excellent prizes from the Fantasy Faire Lost Lands hunt. ...I love this new Hozuki makeup by Lovely Disarray. It's a unisex applier for the Mesh Project head on sale at Dark Style Fair.

The Fantasy Faire has raised a phenomenal amount of money this year for Relay for Life. Until next year, this is Dev signing off with a fishtail high five slap for a job well done!