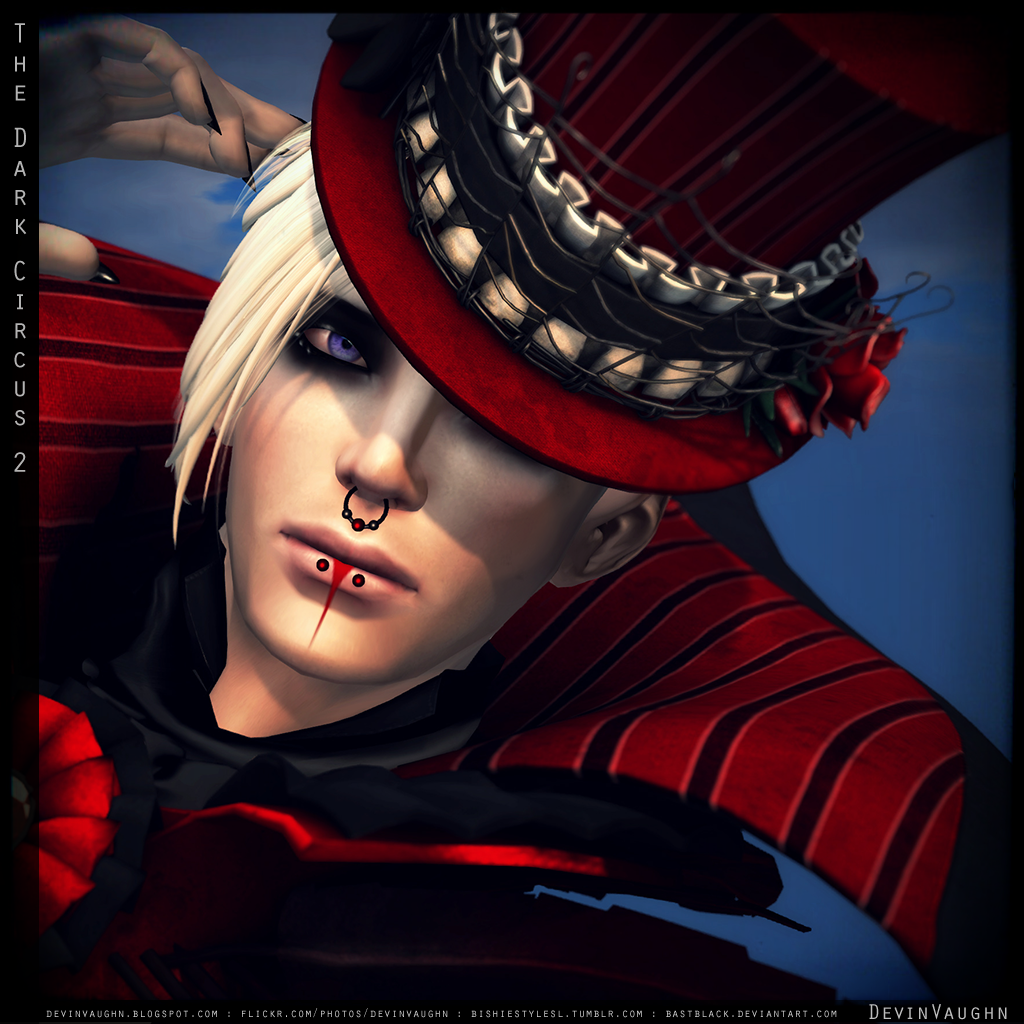 (click to enlarge)
STORYLINE: The vampire leader of the Dark Circus was part Necromancer, part Clown, but all Master of Ceremonies. "Ladies and gentlemen, boils and ghouls, welcome to The Greatest Show Unearthed!"

All fans of Elegant Gothic Lolita and Aristocrat have a treat this round at The Arcade by Remarkable Oblivion, -- the Melancholy set! You can collect the hat, collar, crinoline, garter, and wrist cuffs in black, white, and red versions. I could not resist stylizing this up for the guys. I used all the infernal pieces from the set except for the wrist cuffs. The "leg cage" was a bit daring, but I think turned out pretty cool. (see below)   Pictured above is the new Haus of Darcy piercing and paint set Ri Fhaolchu (Wolf King) and Banríon Faolchú (Wolf Queen) exclusives to We <3 Role Play, (exclusive meaning once September ends, they're gone never to be sold again!) For my image, I used the two bonus items from the Royal Deluxe fatpack: the bonus Blood Drop color piercings, and the bonus liquid Royal Eyeshadow. The Royal Deluxe fatpack includes all 4 metal colors male and female piercing sets plus the bonus Blood Drop, and Wolf King and Queen facepaints including the bonus Royal eyeshadow. Royal Deluxe fatpack is limited to only 200 copies.   On the lips is Ink Spit lip stripe by Forsaken. This is a really nice thin sharp lip stripe and it comes with a faded option and a handy tintable version like I used above to make the stripe red. 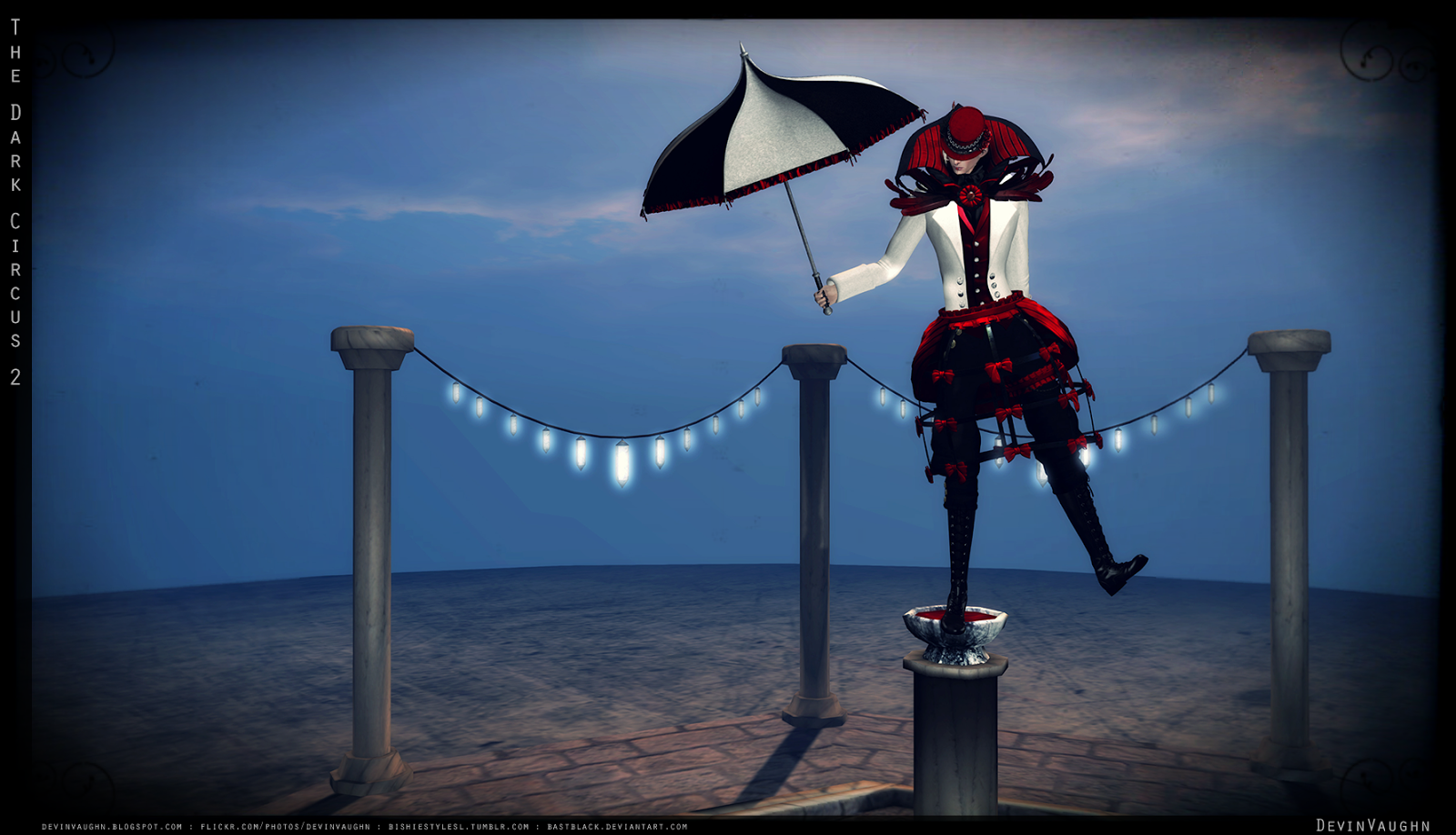 Another fantastic goodie you will not want to miss is the Twisted Hunt items from Souzou Eien. The Gothbrella shown above is one of three styles you can win at the Twisted gacha. Each umbrella comes with 7 static poses, and one hold pose that is AO compatible. The rares come with a texture change hud for new colors on the fabric, ribbons, beads, metals, and hand grip. Try to find the allusive Twisted hunt object, because inside is the fantastic mesh prop, the Scrying Ruins. It's mod too, so you can change the color of the water bowl like I did, or tint the glowing crystals. For my stylizing, I really love this combination of the ::K:: Buttoned Jodhpurs with the Lassitude & Ennui Wanderlust boots, and BOOM Sixty-Two Jacket. 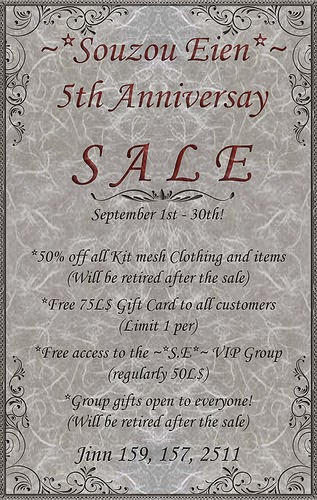 Souzou Eien is having the one year anniversary 50% off sale on mesh clothes, there is a free 75L gift card at the landing, and joining the group is free for September and includes all past group gifts. September 1st - 30th