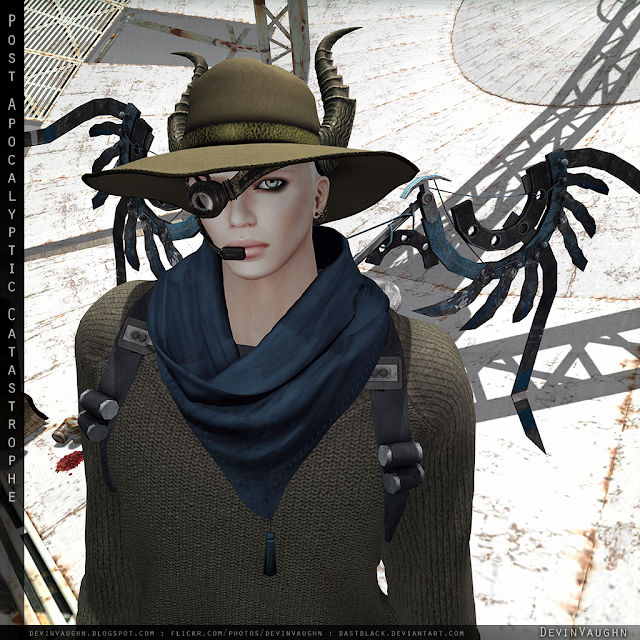 (click to enlarge)
STORYLINE: Survival in Post-Apocalyptic Australia was not easy. There were roving gangs of thugs, not enough food, not enough water, and ....

Did you know there is a Mens Only Gacha going on right now 'til Oct 20th?  It's fantastic! You can get this awesome liquid sweater by Flow, plains hat by JfL, and druidic scarf by Adjust, not to mention a series of badass poses from Apple Spice. I went crazy there. I went crazy at OMG Gacha also, that's where these cool Junkyard Devil Wings from Contraption come from. The steampunk eyepatch by Yasum is from the 3rd amazing gacha event going on right now, Fantasy Gacha. Guys, run go load up on all these great original mesh items at low low gacha prices. Ok... now the next showstopper in this outfit is the Outrider pants and boots by The Fallen currenly on sale for 25% off at We <3 Role Play. These pants and boots work great for many styles outside of medieval fantasy! The horns I am wearing are a new release from Death Row. The Madpea hunt's Dark Diminesions is also going on at Death Row Island. If you don't do the Madpea hunt, you always can try the Mini-Hunt at DRD. 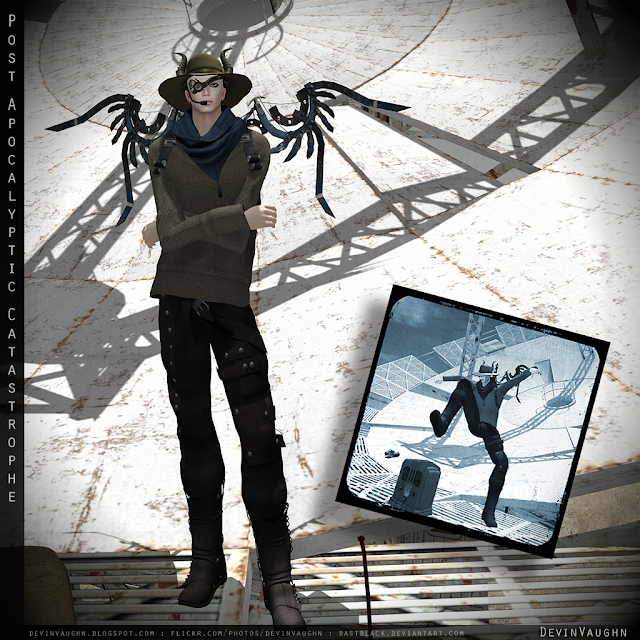 (click to enlarge)
STORYLINE: ... and worse of all, satellite dish tended to break! There would be no listening to the Thunderdome games today. It was a catastrophe!

Location:
Wastelands
Posted by Devin Vaughn at 3:51 AM