Haunts of Halloween: Ghost vs Sorceress 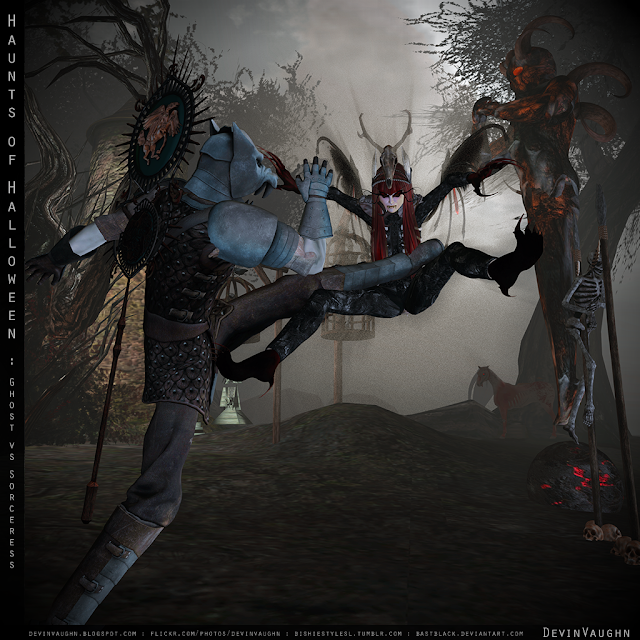 (click to enlarge)
STORYLINE: It was supposed to be an easy victory on the battlefield. His enemy did not have the weapons, strategy, or the numbers to defeat his army. But what he didn't know was an evil sorceress used black magic to turn the tide of the battle against him. He and his beloved war horse were now cursed. He was forced to be only a specter watching over what was once his kingdom. He was helpless to do anything to stop the rampaging forces of darkness. Until one day the Sorceress made a fatal mistake. She tried to gain control over the ghost realm. Now it was his turn to dispose of her! 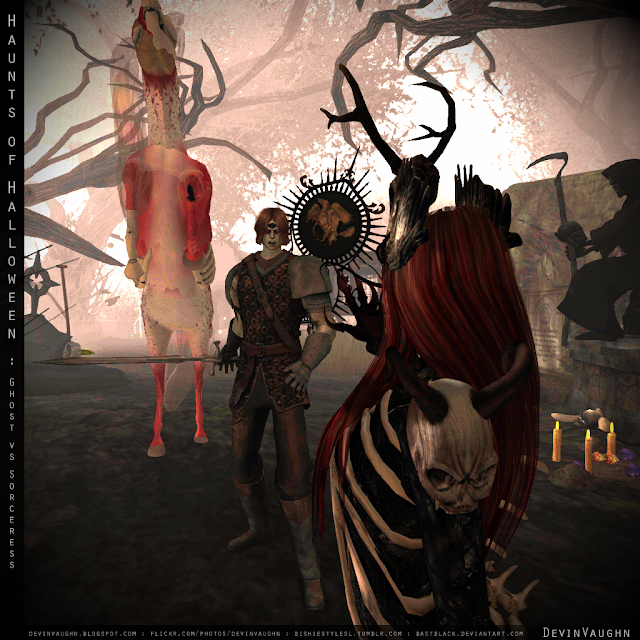 This was a  wonderful Halloween treat, a three person joint project between me, as the Ghost Warrior, Fulli as the Ghost Horse, and Aarya Phantomhive (of the Dark Phantom blog) as the Evil Sorceress.  If you enjoy my style of "Phototelling" then definitely check out her blog and the Sorceress's point of view on this story and even more cool photos of this scene. She excels at fun coverage on gothic theme events. The first and last images are mine, the middle two are Aarya's because I kept crashing and couldn't get this scene. Thanks for your help Aarya!

There's a lot of great things going today for Halloween, but if you are caught without a costume, I have this great suggestion for you, and these goodies are on sale today, the last day at We <3 Role Play round October!  Rochambeau's The Hound is a complete mesh outfit, beautifully detailed, and has everything you need. Just add a skin and you are good to go! I used the Rotten Ghost skin by Fallen Gods. The staff is a wonderfully detailed by Gspot.  The Forge Boadicea headdress I won at Fantasty Gacha. The Kawashima hair by Tableau Vivant on sale also ending today at Collabor88. This hair style worked great under the helmet, and has a good period style look to it with a natural body wave and the higher cut is more like a Knight style. Fulli is wearing a fun Halloween mod, Apocalypse Horse, from Breeder's Choice. Her skin is custom mod by MISAE. Now go out there scare some people and get some treats! HAPPY HALLOWEEN Gang!!! ^^/ 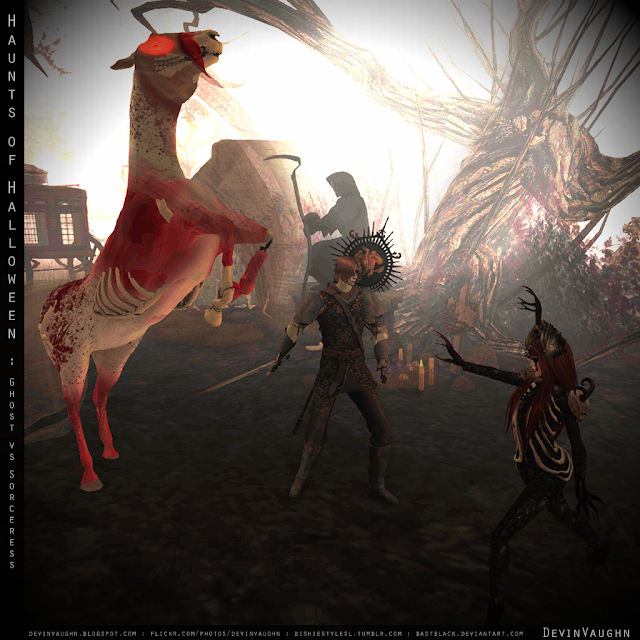 Haunted Paths, Fantasya
Thanks for your help Aarya and Fulli! It was fun! Happy Halloween! 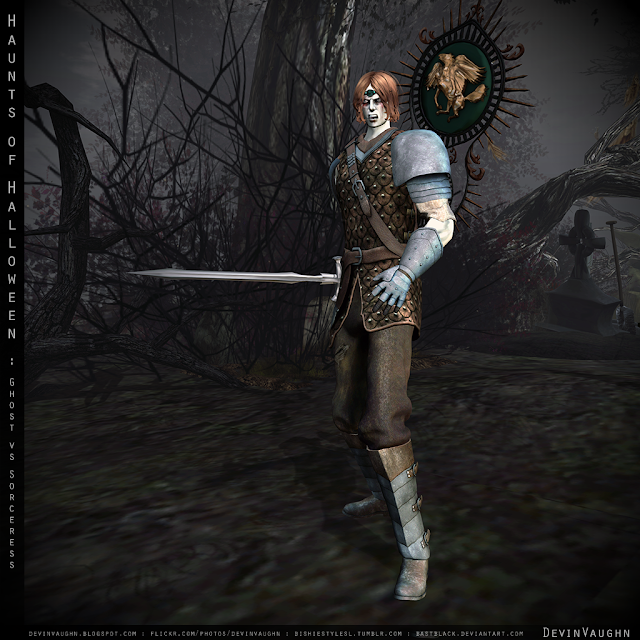