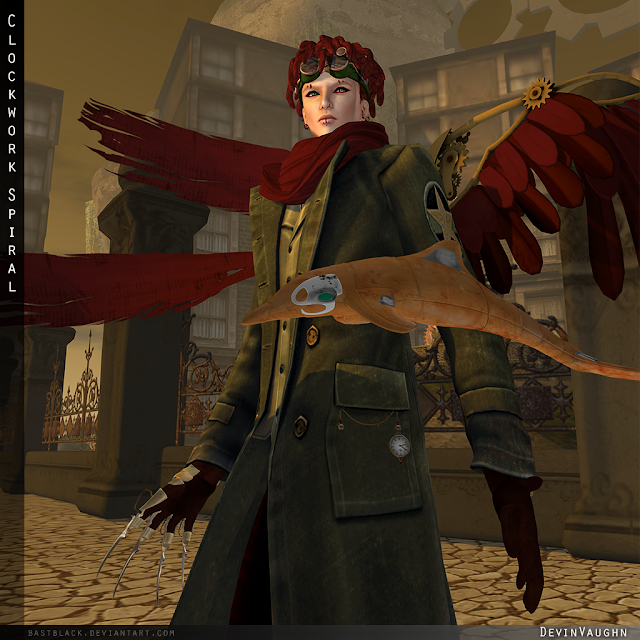 (click to enlarge)
The same people who brought you World Goth Fair, and Gothmas by Gaslight are back!  The Clockwork Spiral is a shopping and music event in the flavor of Steampunk, Diesel Punk, and Dark Victoriana to help raise money for the National Kidney Foundation. The event runs until September 22, so pull up the anchor, unfurl the sails, and steam on over now! For more information, go to: aclockworkspiral.wordpress.com

TODAY: Friday the 20th 8pm SL is the BIG Steampunk Party at the Club Gothika Airship in the sky. DJ Lokii Violet of MV will be rocking the house steampunk style, and there will be prizes for Best in Steampunk! Be there!  .... The next party is on Sunday, September 22 9pm SL and DJed by Pie Zipper of Avatar Bizarre and he'll be spinning mixture of darkness.

First let me tell you about the goodies at Clockwork Spiral in the image above are. I am wearing the new dreads hair that comes with touch color change for the goggles. The Seraph Wings by Unrepentant are wearables and mod. Also on sale are the full perm kits for the wings. The pocketwatch I am wearing is cool right? Well guess what? Totally free at House of Rain! Look for the blue lantern on the table. The copper Dolphin by Oceania is an animated pet you can wear and an exclusive 100% donation to the event. (btw, Dont rez Squeaker on the ground or you will blowing steam struggling to catch that fast coppery bottlenose. lol) Okay, I have to give a Kudo for this badass tesla shocking glove by Choas, Panic and Disorder. Very cool. Kudos! If you don't have this handy shocker for dastardly deeds, you can scoop it up at Clockwork Spiral. And now some more big news..., New Skins at Tableau Vivant! New Skins at Tableau Vivant! Yes I said that twice because there are 2 new skin sets on sale right now at the grand reopening.  I am wearing Lucis tone 5 above. This fun scarf I have on is by Static. I love the wind blown look. The face piercing are by Haus of Darcy and were once a group gift, but if you missed it you can pick it up for 50L. The earrings are a part of the Soul set for men, I tinted them red to match the other piercings. The Military jacket I got on a Fifty Linden Friday. This style with start patch on the shoulder is not available now, but if you want the nice green duster, it's the main Deco store. The red and black eyeliner by Tableau Vivant is from the past Gallery Gift Shop hunt. The red pant, which I seem to be wearing a lot, are by The Little Bat and were on sale at World Goth Fair. The eyes are a subscription gift by Poetic Colors, and there is a new one too, Rainforest.  The Airship on the image below is by Garden of Dreams and Super cool. I love the noises and effects on it. I was lucky to get it on a sale. okay... off to bed.  See you guys at the party! 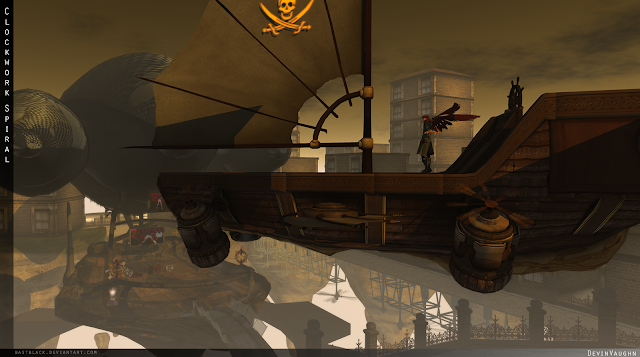 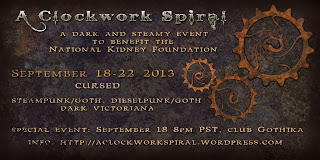