(click to enlarge)
STORYLINE: "The Insilco P.D. must have been awfully scared if they called-in a vampire for help," Detective Coil sneered, revealing his fangs. He flashed his badge which read, "Detective Enforcer from the City of Cursed." His rank was listed as "White Hair," meaning he was an especially nasty creature of the night. Coil had a reputation for relentlessly pursuing prey. His trademark was the electric fang attack. "Hmm, let me guess. You're all a bunch of dirty cops on Kujo's payroll, and that's why need someone not scared of your little Mob Boss problem."

Cyber and Vampires, that's just crazy Dev!  No, of course it's not. It's CyberGoth, and the CyberGoth is strong this year at FutureWave. Head over to Cursed and check out of the goodies.  FutureWave runs to March 1st.

From A&Y Cyberbunker. I'm showing you these badass CyberHairs and Arm Warmers. The Hair is rigged mesh and includes an alpha and tintable head tattoos. The Arm Warmers you can get in either male or female. Both creations come with a hud to texture change all the many parts so you can create that perfect cyberpunk color theme that screams your own personal style. ... From Futurewave, I used the Fallen Gods Circuit tattoo and gave it a cyan tint. The fitmesh top and pants are by VRSION. I love this metallic texture! So badass. You can get the outfit in either male or female, and several color choices. The wings are too fun. They are cybersails by Static. You can manually choose one of three wing poses, or set them on auto. When your avatar flies, the cybersails will deploy. Each of the pods on the wing also produce a particle effect. You can change the texture on the cybersail too. From Bliensen + MaiTai are the Bionique implants. I used the temple ones and changed the shine color tint to cyan. The Mecha eyes are by Pin Me Down. ... On sale now at Tengoku no Rakuen are the Haus of Darcy Dragon Tail Gauge and Spirals for a sweet price. I adjusted them to fit the Trap Vamp Ears. Love it! ... To change up the KOOLQA Knight skin brows, I added a tattoo brow from the shops that closely matches the tone, and over the top of that added the new Tableau Vivant brow tattoos on sale at The Men's Department. It's so hard to pull off a white brow. I was pleased how this turned out. ... For the rest of the outfit, I used the Razor Dread boots and added some tints, the neck corset by Etchaflesh, by favorite nail polish Fashionable Black By Snow for Slink hands, and the handy poking out fangs by [ni.ju]. 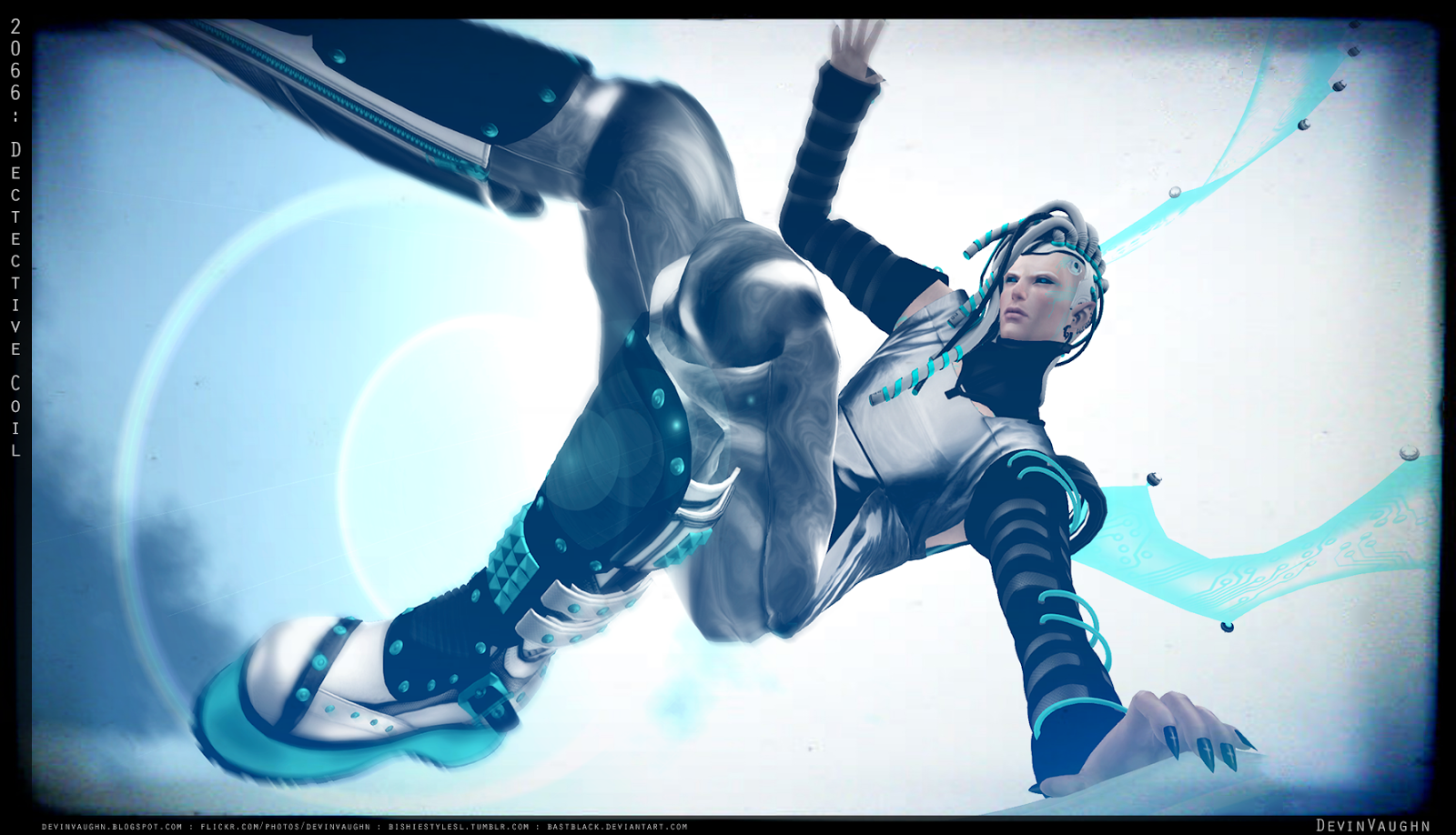