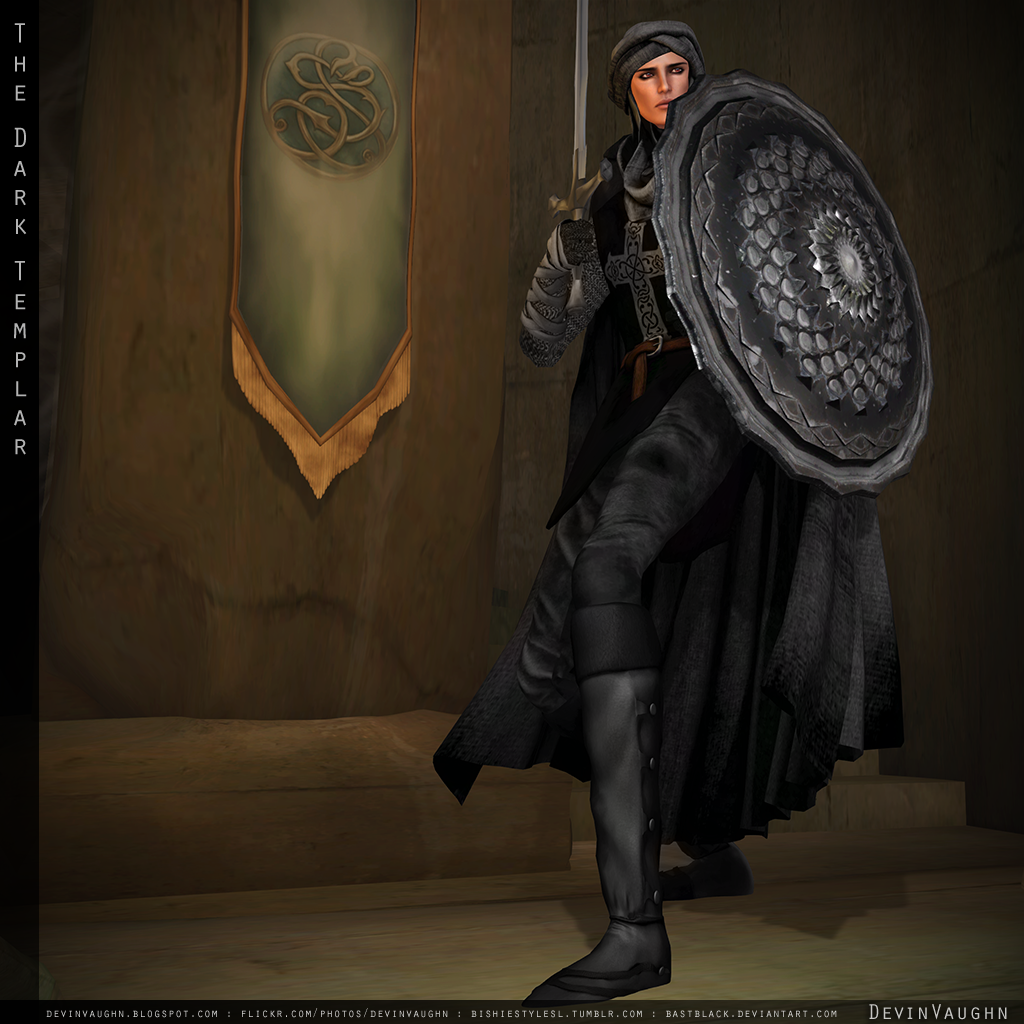 (click to enlarge)
STORYLINE: The Knights Templar were supposed to be men of god protecting the pilgrims to their journey to Holy Land. They were supposed to forsake all material things for a humble existence. Their symbol even showed them sharing a horse between two knights. They were seen as heroes, wildly popular, and trusted to exchange coins for pilgrims. All this wealth raining down on them lead to the creation of a powerful banking consortium. When a young idealistic knight discovered the corruption and lavish lifestyles of the Templar leadership, he challenged them to step down in shame. For his audacity, he was immediately cast out and branded a heretic. But he did not fear them, instead he made it his mission to slowly, one by one, "purify" their ranks. He became known as the Dark Templar.

New designer this round at We <3 Role Play is RavenSoul. You can get the tunic pack Hellraisers like I am wearing above, or the For the King that includes a normal Templar style, or the Norse Raider set. I added to the outfit the Pucca Firecaster Elven Cloak. A gesture will trigged the hood up or down, and it comes with a hud to change the colors. The headwrap I picked up on sale at the last round of WLRP. It comes with a color hud too. PFC has another steal of deal this round at WLRP, so don't miss that Cheapies and Gifts section! The boots are by Stiched and I picked them up at the first round of the Fantasy Gacha but you can play the machine at the main store, They are rigged mesh and pose great as you can see above. Sadly, the Armwraps by Dark Prophet Designs and shield by Enigma were at the last round of Fantasy Gacha and no longer available. The pose by Axis however still is. Just drop by the store and give it try. I have things in inventory from the past I use complete outfits such as the pants from The Raider from Quality Designs, and the system chainmail and sword by Spider Carnot. And lastly I'm wearing my favorite combination of CL9 eyeliner, Song eyes, and Tableau Vivant's new skin Sean in a darker tone than I normally wear.  Looks great.