The Seduction of Snow White, part 4 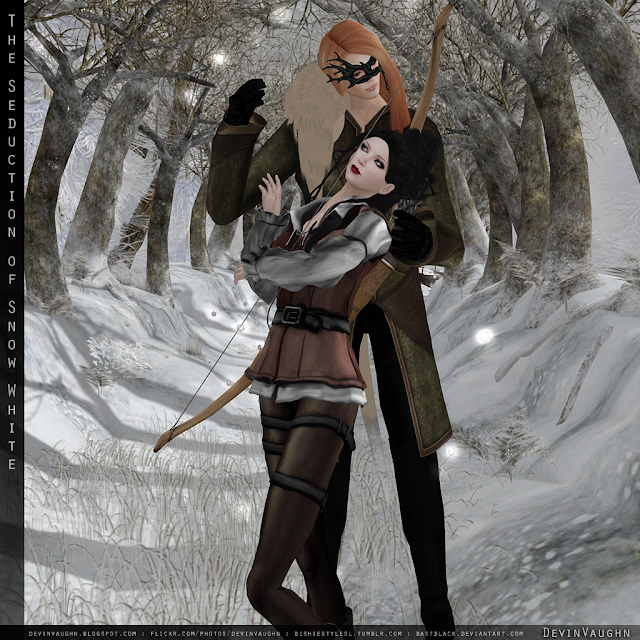 (click to enlarge)
STORYLINE: The Prince was now armed with a method to hide to his tainted skin. At first he attacked people who were beautiful, but nothing happened. Then he remembered what the witch said, "You who possess no inner beauty, must now seek it from others." He fumed at that evil witch! It was much harder to find a victim, he had to actually talk to people to find out if they had "inner beauty." As he got closer to his true target, he was so desperate, he even sunk his fangs into a disgusting looking old lady, but this time worked! His beauty was restored. Now Snow White would be his!

Many goodies here from the current round of We <3 Role Play. I am wearing the first offering by Senzafine for men, and like all their clothing, it's richly textured. The Branch mask is by new comer to WLRP, Chimeric Fashions, and it fits on the face really nice. Gloves are by Ascent from the last round of Fantasy Gacha. The shoulder fluff is by Aii. The story behind it is the prince was pissed about being twice cursed he cut off one of the kitsune witch's tails and wears it as a trophy. Fulli is wearing complete outfit Rogue by Pucca Firecaster, and also the bow and arrow that perfectly match it. Picture taken at Small Town Green.

Location:
Small Town Green
Thanks for your help Fulli!