The Pleasure Palace: Welcome to Cursed 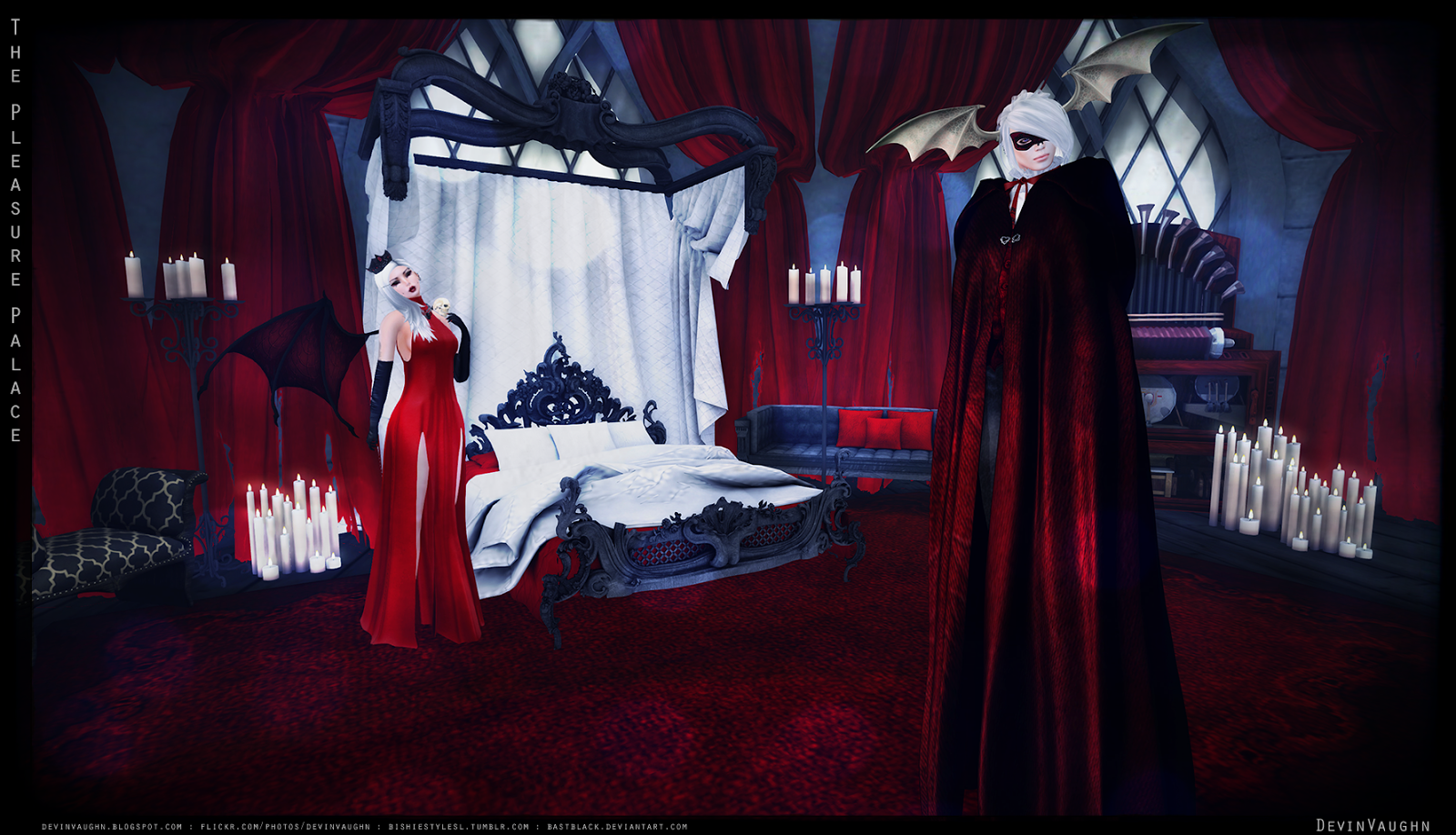 (click to enlarge)
STORYLINE: As the ex-A.N.G.E.L was led under guard to the dungeon, a sudden swarm of bats attacked. He had never seen such a thing in his whole life. But these were not normal bats, they were huge! In the chaos, he made a break for it. Plasma blasts were fired at him, but he didn't stop. Suddenly an enormous black form landed in front of him. Giant bat wings spread out blocking his path. "You are quite difficult to find Lost One. However after the stunt you pulled on live television, it was only a matter of time we find you." The A.N.G.E.L stumbled backward in shock. "Wait, you're a vampire?" He turned, and looked behind him. Other vampires were attacking Kujo's guards too. "But I don't understand," he shook his head. "I thought I was the only one left. How is this possible! There isn't enough pure human left in the world, how do you feed?" The white haired vampire smiled warmly, "There is much to talk about, but perhaps at a more opportune time. Come, we will take you home to the city of Cursed. You are welcome to stay with us as long as you like."

The moment I saw the preview picture of the Marquise bed by Kalopsia, I knew I had to have it! Can you believe it's only 100L at the Baroque round of Genre? Run go get it! It's a no brainer! The canopy is 7 land impact, the bed is 20, and it's mod. It has single and couple pg poses. Next to the bed on the right is the Coffin Couch, also by Kalopsia. Seriously, every vampire needs one of these babies. The back side has a pall bearer bar and handcuffs. lol It's 8 land impact, comes in adult or pg, and white, tan, or black, and you can mod it. It was from ROMP that ends today but should be moving to the main store soon. Also from ROMP, to the left of the bed, is the Frogstar Solitary Satisfaction Bench that will work perfectly in a gothic or baroque bedroom. It's 2 land impact, comes in either white/silver or black/gold, and it's mod. It has pg and adult single poses for men and women. The rest of the room are goodies I have collected over time for my bedroom. The rich red rug is part of the Evendim set by Senzafine that was at World Goth Fair. The candelabra are from the Gothic bedroom set from Akaesha's ReACT Castle Gothica Bedroom Suite. The candles on the floor are by Mesh Nation, it's original mesh with full perms. Providing the soundtrack to the spooky goings-on is the Contraption Orchestrion: Haunted Maze music box which I tinted red to match the room, lol. The red curtains came from the Gothic Gaslight Chaise by Snowbound. The castle is Poetica's Ivy Tower dark. ... I am wearing a fantastic crimson clock by Junbug from a past Fantasy Gacha. I played that thing so many times to get the red. lol The hair is one of those rare ones that work on both guys and girls. The bat wings are by Remarkable Oblivion. The mask was a wonderful gift by LNS from World Goth Fair. Under the cloak I am wearing the Red Phamton by Rokumeikan. Team Blogger Bat stikes again. lol To see the story behind Aarya's Enforcer Kiara and her stylecard, head over to the Dark Phantom blog.