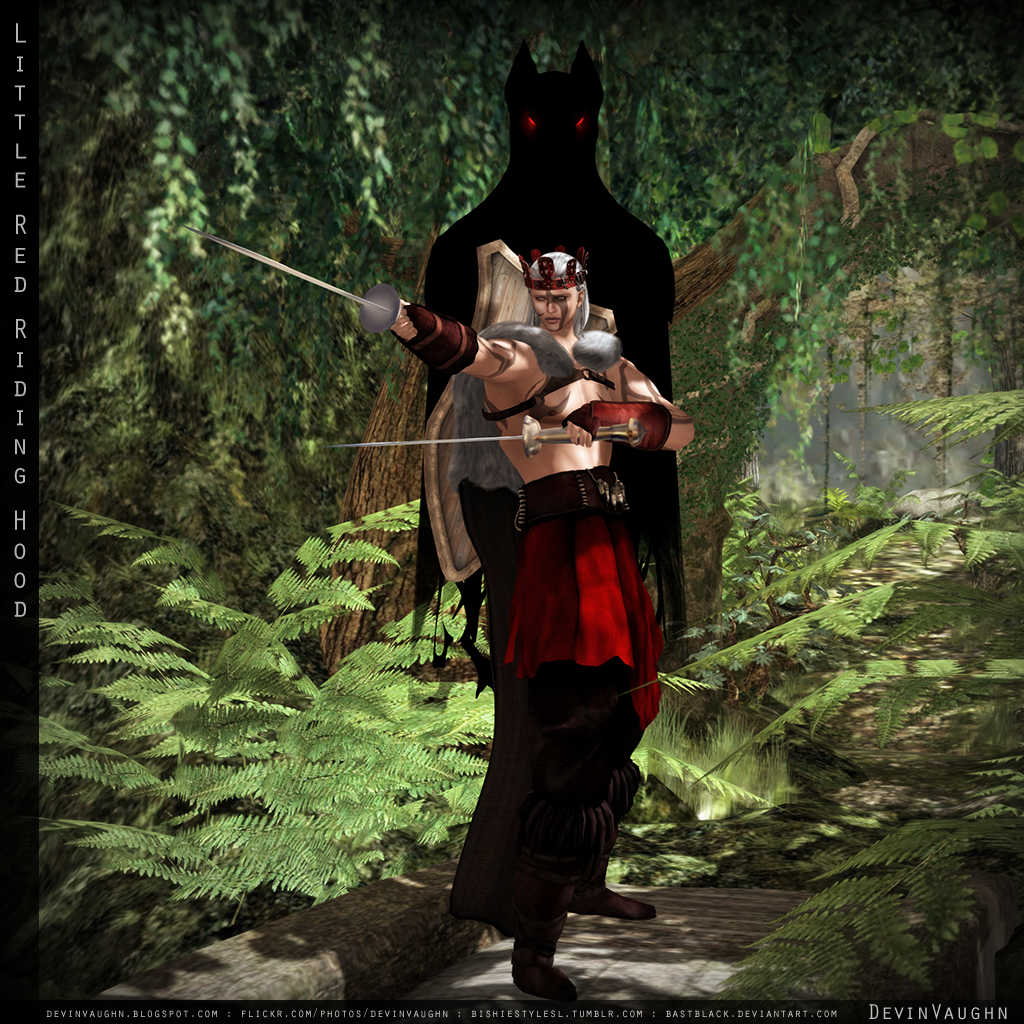 (click to enlarge)
STORYLINE: Little Red Riding Hood thought her life was over. But then the most lucky thing happened! She was rescued from the jaws of that foul beast by a hunter in the woods. The way he snarled, "Snatching little girls in my territory?" before sinking his sword deep the creature's chest made her swoon. He was so brave, so handsome, and so strong! Surely Grandmother would love to meet her savor. As they walked, she wondered what they would name their children.

We <3 Role Play returns and it has a beautiful new home custom built by Alchemy. It's fun to just sit and relax, it's so cozy. Run over there and check it out. While you're there, don't miss this awesome new outfit for the guys by Pucca Firecaster. It comes with harness, belt, kilt, pants, boots, gloves, and the tattoo in two strength options. The outfit comes with two colors, red and black. For my post, I edited the outfit to intensify the reds. The foot is rigged and scaleable so you can adjust it to the length you like. My wolfie shadow is by Aii and available at Enchantment. He's mesh with a ghostly flexi trail. From the front he looks scary, (like a red-eyed Anubis God of Death thinking about eating your soul), but from the side he looks almost cuddly. He attaches to your avatar center, so no matter what your AO does, he just glides behind you in a very creepy way. Love it! The rest of my outfit is from the Fantasy Gacha. The crown I am wearing is from Remarkable Oblivion. The cape is rigged mesh by Stitched. The shield by MeshedUp is scripted for sheath and draw. The hair is an elf style by Emo-tions (and at 50L, it's must for the guy Role Players). This pose by Axix is impressive and comes with the prop swords seen above. My skin is Marilyn by Tableau Vivant. T.V. has a new skin Sean released at the main store, and don't miss the new skin Kevin on sale at Collabor88. (pictures of new skins coming soon).

A special thanks to the Remarkable Oblivion group, Bouncer Criss, and Nath Pevensey. 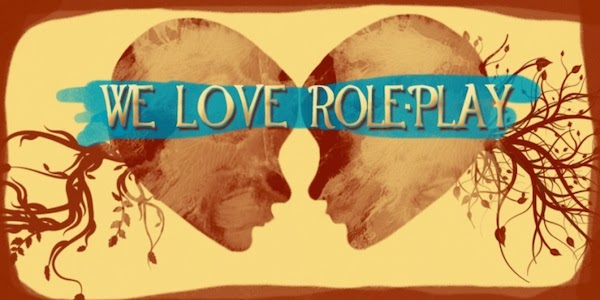