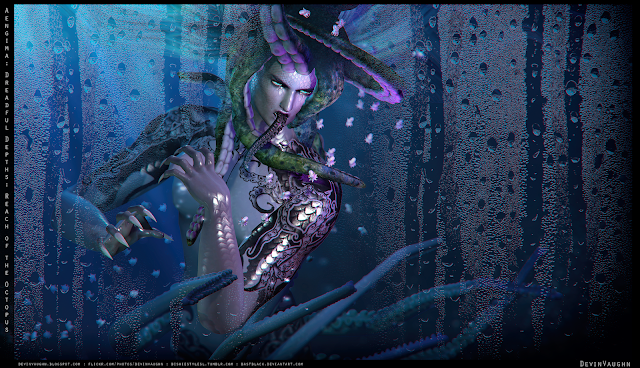 (click to enlarge)
STORYLINE: Hidden in the dark, a dangerous stealthy predator waited, his many tentacles coiled ready to snatch his prey out of the open ocean. He was about to take down a Great White Shark that dared to stray into his territory when suddenly a school of tiny female Dumbo Octopus surrounded him. He waved his arms to shoo them away, but the girls seemed to be quite smitten with him, latching on him with their tiny cute little arms. But one of them was too nervous and accidentally inked. She was so embarrassed she hid in his coils.

Night of the Tentacle! This post was inspired by the animesh Tentacle prosthetics by Clover at the Mainframe event, and the many goodies at Aengima: Dreadful Depths. The tentacle themed tattoo is by Lilthe. The bubbles and adorable Dumbo Octopus is by Naminoke. From Gorsimi is the face makeup and tentacle necklace. Other tentacle themed goodies, from Immersion are the bento hand membranes, and Octopus hair by Weather or Not. 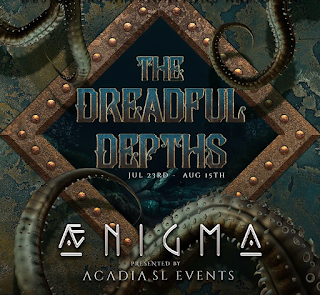 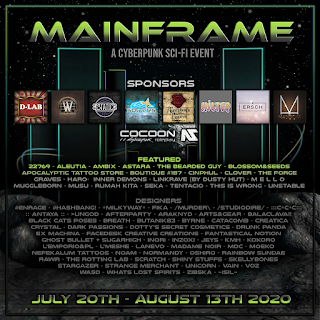