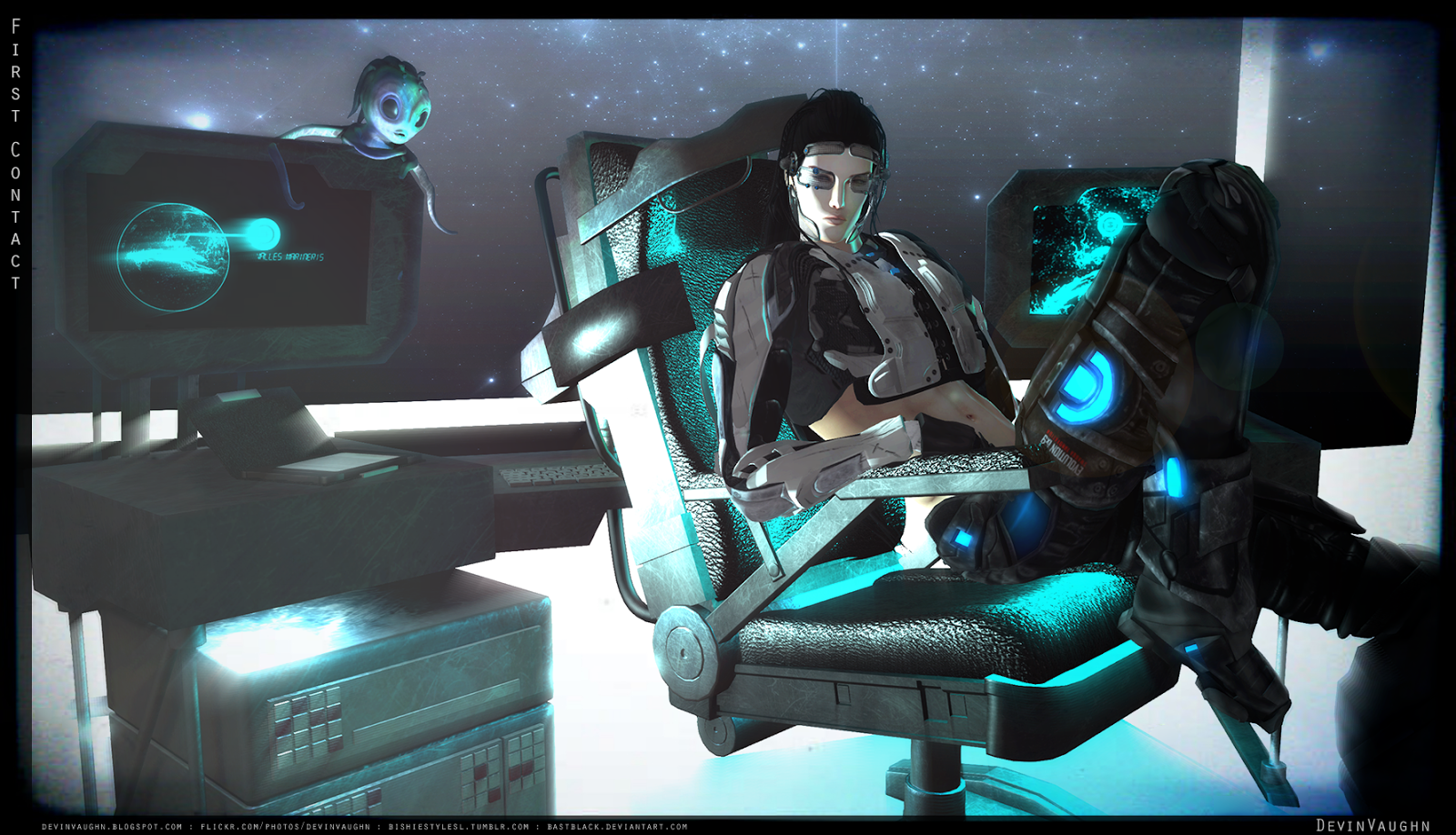 (click to enlarge)
STORYLINE: There were a lot of romantic ideas about First Contact. But the truth was far from it. Nathaniel York was no Marco Polo, no Christopher Columbus, or Neil Armstrong. Who he was is the jerk who seduced the Director of Exploration’s daughter. It got him a one way ticket to Mars. “I’m doing you a favor, Nathaniel.” he said, “Instead of the newspapers reporting your body floating in the river, they will be celebrating your bravery as the first man to make it to Mars.” Nate used to think going two weeks without getting laid was unbearable, but 4 months in total isolation locked in a tin can in space? He was climbing the walls! He prayed as hard as he could for God to just kill him now. And then strangest thing happened. The timid voice of a woman replied. She said she too prayed for the Great Firebird in the Sky to come take her away. He didn't know how to tell her he was no god, angel, or whatever. He was just some schmuck down on his luck. But if he played his cards right, the Martian girl might be able to help him find fuel for a return trip to Earth.

And introducing the reluctant astronaut Nathaniel York. He's sporting some badass creations from Swagga at Totally Top Shelf's scifi round. For the upper body is the Evolution 1 fitted mesh chest armor. The pants are Evolution 1 fitted mesh pants. Both chest and pant include a color hud for glowing parts. On the top of the armor is Flyboy pad white/silver from the OMG Gacha. The headvisor is the rare. It also comes with a hud to change the colors of the glowing parts. (I made the grill semi-transparent above, and the image below I hid the face parts.) Sitting over on the monitor is the adorable Zorgie midnight. He's rigged to sit on your shoulder (but I put him on the set). He's one of the rares from the Zorgie gacha at Totally Top Shelf. Love him! The desk, laptop, and chair Spaceship Junkjard Debris Set are by 22769 [bauwerk] on sale at Tattered Page. The complete set is 9 land impact, and the chair has 12 poses. 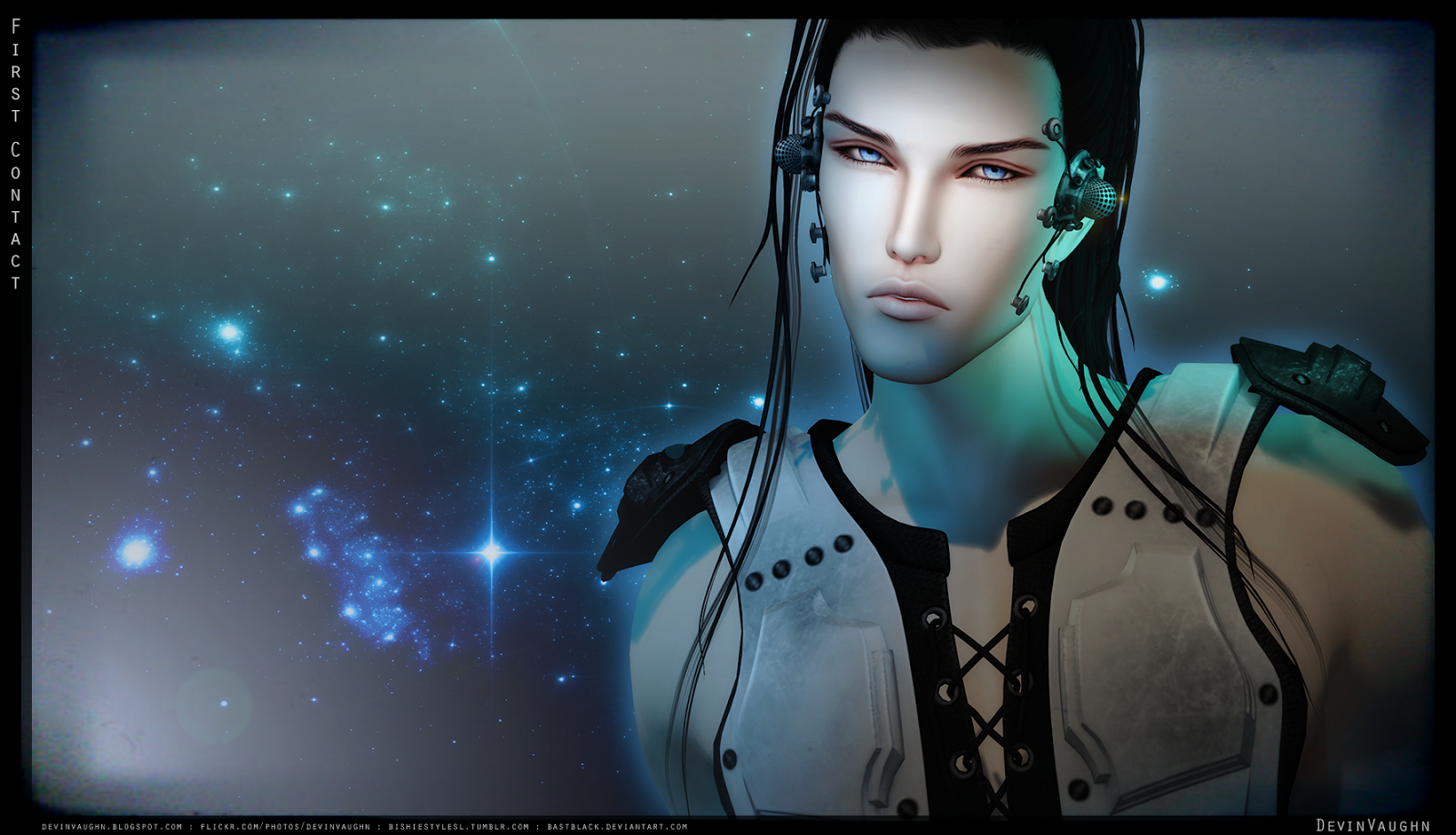 (click to enlarge)
And now some more great news for the guys!  Tableau Vivant has released appliers for the Mesh Project Body and Head. For the head, you have two choices of Rays II and Felix. To add the appliers, wear them, click the hud to install. Then wear your MeshProject Stylemode hud. Look under the skintone number yours is named after. For example, above I used Tone 1, so I click on the Tone 1 Skin button and in that menu I could see see an icon with the words "Tableau Vivant." Click that to apply the skins. The head has blond, brown, red, black, and no brow options.  .. We have so many options now. Think about it. You can get your Mesh Project body to match your regular default head skin, or under your clothes you can match the Mesh Project Head with Slink hands or feet. WIN!