The Secret of Castle BlueBeard, 2 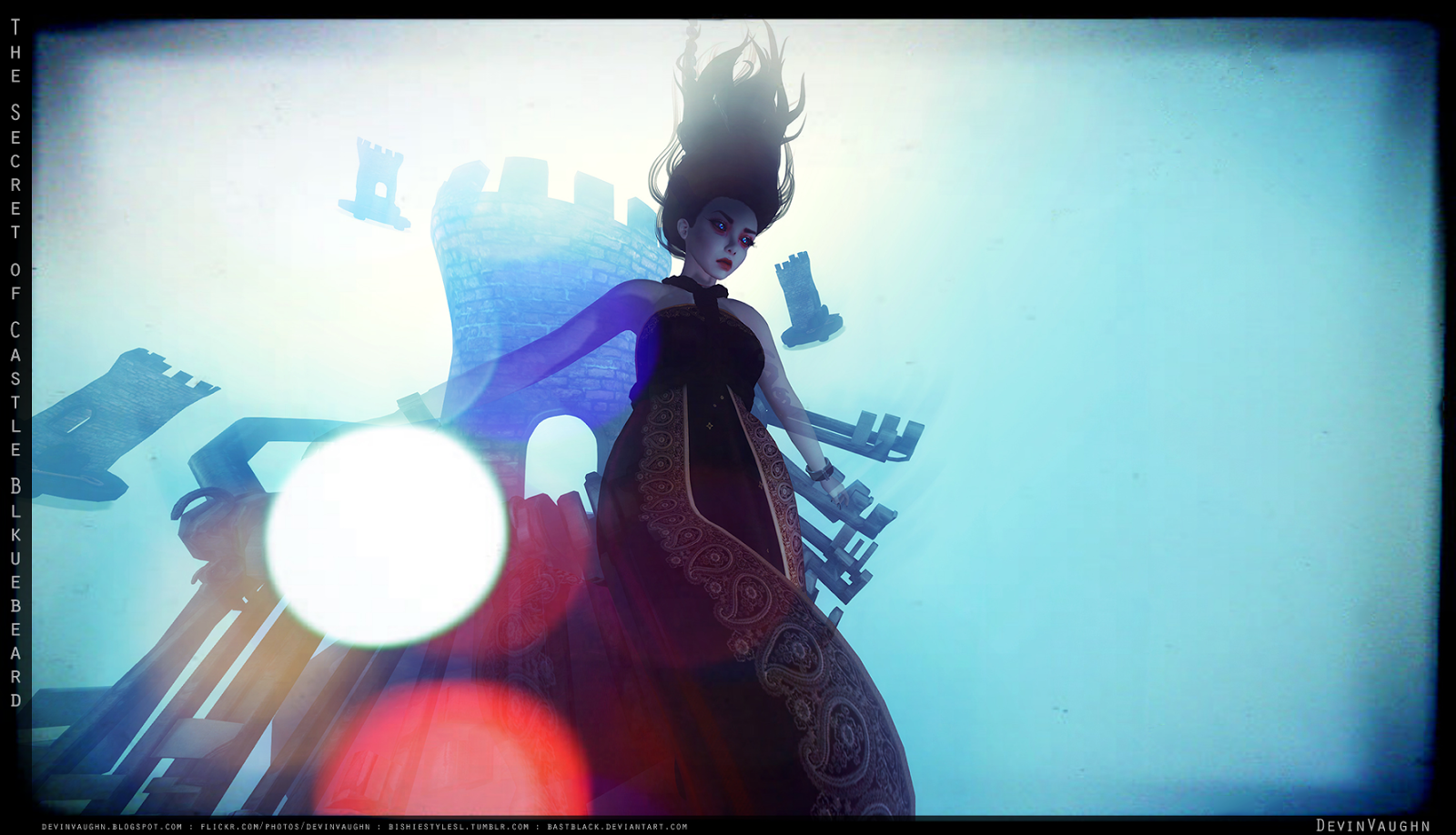 (click to enlarge)
STORYLINE: In her arms, her brooding prince forgot his woe. They were happy, and each month he asked if she was with child, but each month the answer was no. His jovial mood began to decline. He was quick to temper. When she suggested he eat oysters, thought to boost male potency, he overthrew the dinner table in a rage, and stormed off. He disappeared for weeks at a time without a word. Each time he came back, she was shocked by how much his hair was increasingly blue. Alone in the dark cold castle for weeks at a time, she began to see shadows moving across the walls. She could swear she heard someone softly crying in the night. An unease grew in the pit of her stomach. Her troubled dreams were plagued with the wife who died. The unfortunate woman was trying to tell her something, but she could not hear what she said.

Kariritaisho returns to BishieStyle to play the Dead Wife of Bluebeard. She wearing an awesome skin by La Petite Morte that I think every Gothic girl in SL needs to run get. It has wonderful red darkness around the eyes for the perfect Burtonish gothic look. Her hair is a wonderful Clawtooth Poseidon's Gal style that works great for mermaids, ghosts, hanging upside down, zero-g, or headbanging. lol In her back is a gorey hook with tattoo that will raise the hair on your arms, and slit across her throat. Both are Enchantment Prizes by La Petite Morte. The Fatima Dress by Pixicat is fantastic and can you believe, also a Enchantment prize? The dress comes with a texture change hud to switch out the upper and lower layers of the dress. Click the enlargement and check out that raised embroidery on the dress trim, nice materials magic! And I love the noose around her neck for a neckline, very clever. Her eyes are Bluebeard's Revenge by the Chop Shop, another great prize. In the surrealistic background is a giant editable key necklace by Death Row wrapped around the oversized Tea.s' Chateau de Barbe-Bleue tower and candle holder.  Run go get the goodies, gang! Before Bluebeard comes back and catches you! lol

Thanks for your help Kariritaisho!
Posted by Devin Vaughn at 10:23 PM