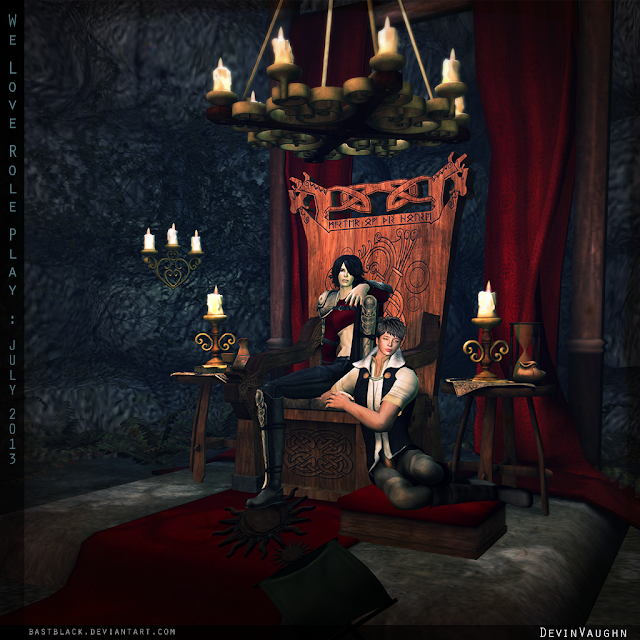 (click to enlarge)
STORYLINE: When his father, the King, was killed in battle against the Saxon raiders, the young Prince took up his father's Sundisk banner and charged into the fight. He had no weapons or armor. He was a spoiled noble, not a trained fighter. He wished to be killed quickly. Funny how things don't go according to plan. 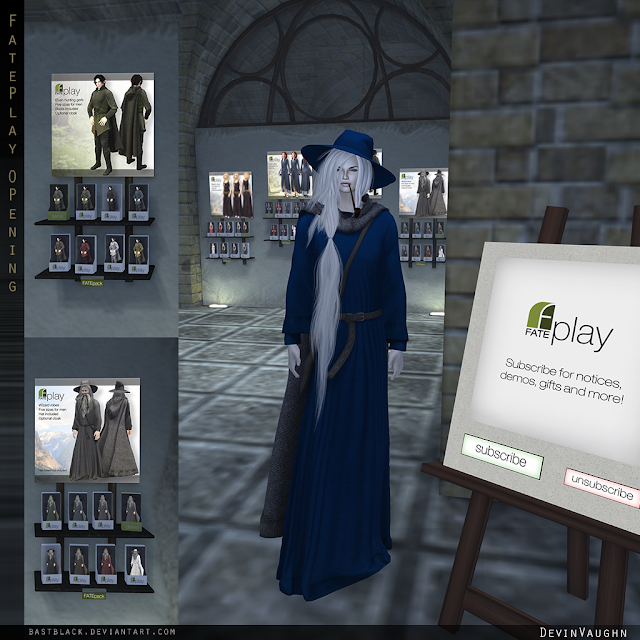 FATEplay is a new division of FATEwear with male and female role play inspired clothing. Current offerings are outfits first seen in 3 colors at Fantasy Faire that include materials. Now these cool outfits are back and expanded to 8 colors. I look forward to seeing what comes next.