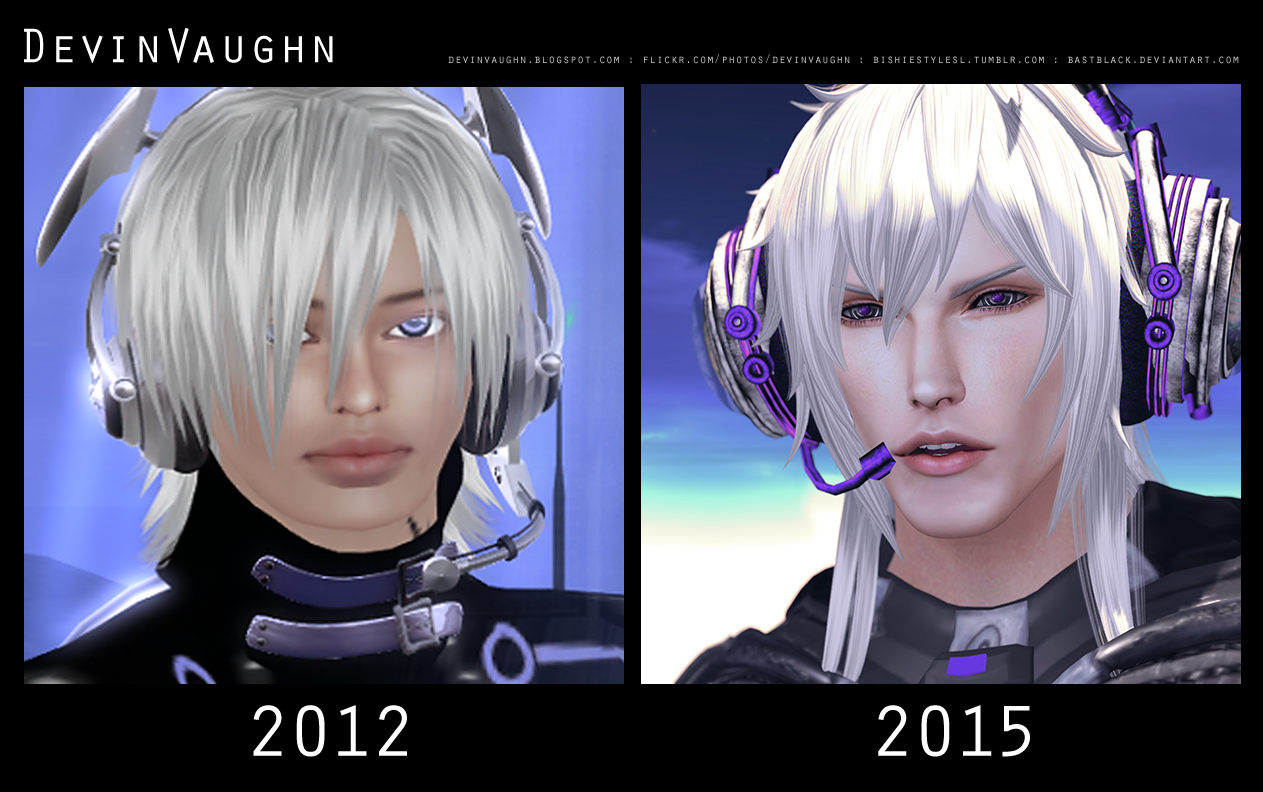 The 3rd year anniversary in the blog is next month so the First and Recent challenge is an interesting meme for me to tackle. Oh yeah, the time sure has flown. It's also fascinating to watch the flower of progress unfolding these past three years. The technology in Secondlife has improved and so has the artistic skills of designers and bloggers. My very first blog picture was an answer to a contest and was not my main avatar, nor was the second or third. lol So I am using my fourth post for challenge. My true debut was in one of my all-time favorites places in SL, Insilico.

For the challenge I recreated the idea from the original but this time using all the fancy toys of 2015. I even went back to the same place where I shot the original image, The Earth Ruins, and used same windlights. I tweak the sky a bit for more drama by lowering it's horizon. Neither image is post processed. On the right I am using the TheMeshProject head since that is pretty much state-of-the-art in SL. I brought back the DownDownDown headphones, BySnow Citadel eyes and Swagga Evolution I - Chest Armor, and introducing a fun new hairstyle for guys from Ayashi called Zet. It's rigged mesh and works on the default avi, M3 Anime head and the TMP head.

Looking back over the years, one thing has always been consistent on my blog even from image one: I love creating characters. For me, this is not just an outfit or the latest release, it's entire character design and that character has a story to tell and an environment to live in. (Strange but true fact: The avatar I consider me, that I wear when not blogging, was only used 46 times out of 352 posts. Instead of a face, what has always been there is my trademark black "L" border with image credit.) There is even a progression in the blog from my early shy attempts at storytelling, to the plot driven "Phototelling" style I give today. Thank you all: readers, designers, fellow bloggers, dear friends and supporters, for going on that journey with me.

On him, Dev 2012:
For a full stylecard, go to: Do-androids-dream-of-electric-sheep

Meme instructions: http://strawberrysingh.com/2015/03/09/first-recent-challenge/
Add your picture to the flickr: https://www.flickr.com/groups/blogmemes 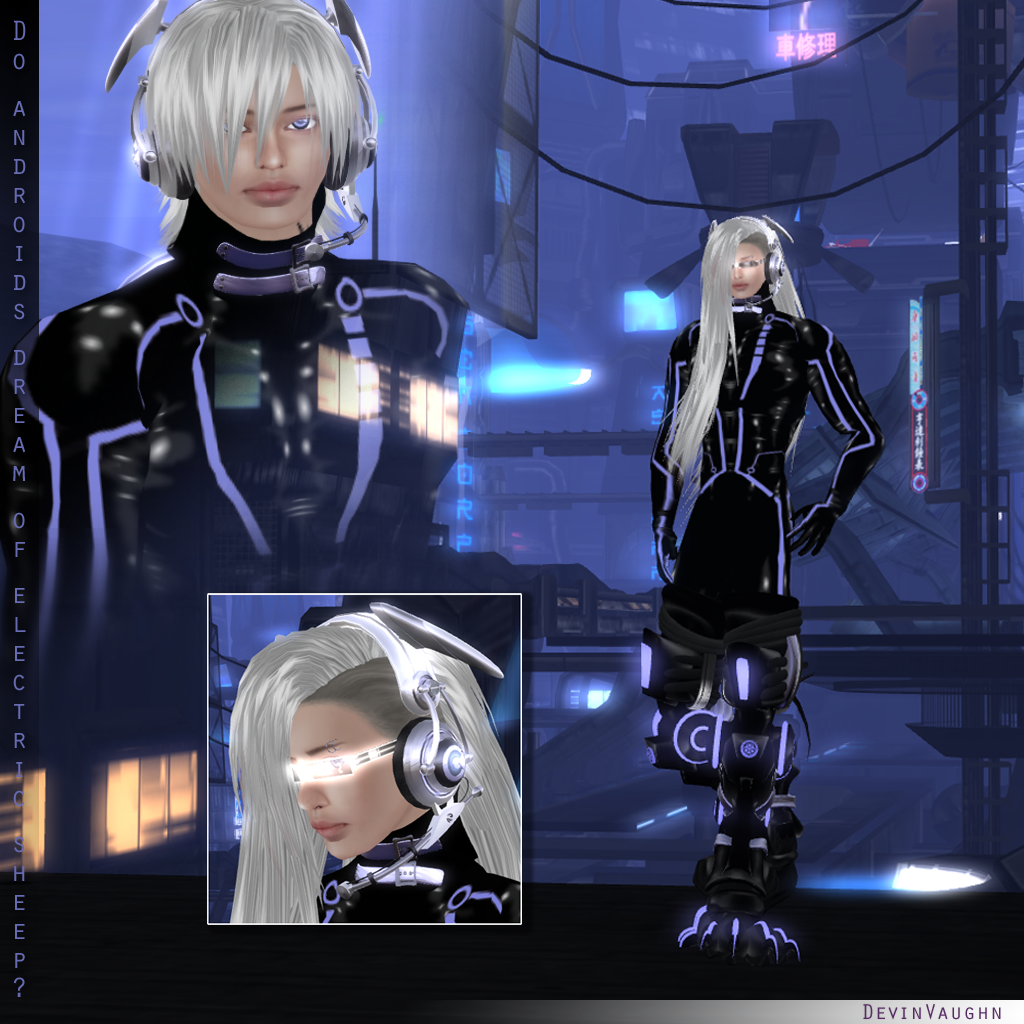