RMK Gothic Bunny Hunt: Off With Her Head! 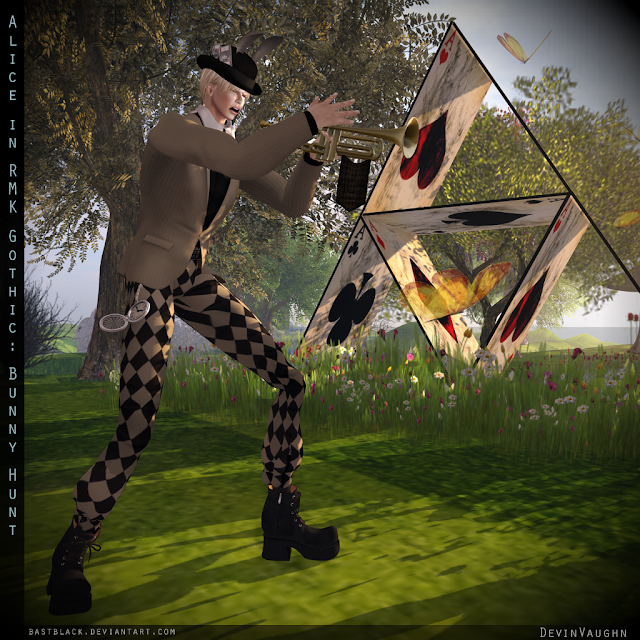 (click to enlarge)
STORYLINE: A fall from such a height should have resulted in injuries, however Alice was unharmed. She fell on top of the March Hare who had been waiting for the White Rabbit. The March Hare grumbled insults at her she dare not repeat. He dusted himself off, then checked if his horn or fingers were broken.

The outfit for the March Hare is actually an outfit for the women with a nice mesh jacket and corset shirt, but I thought this menswear like outfit had so many nice elements, I could not resist flipping it for male by switching the jacket and shirt. Results I think are good, especially with the MnM rigged boots. Fun. 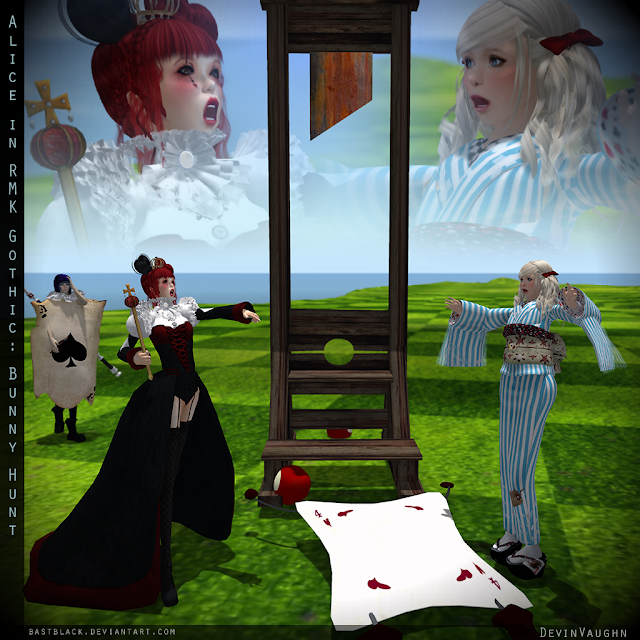 (click to enlarge)
STORYLINE: Card Soliders suddenly surrounded Alice. The Jack of Spades stepped forward and said, "Yes, she's the one I saw eating the Queen's tarts!" Alice was immediately arrested. Outraged, she blurted, "That's a lie! I saw you eating the tarts!" But it was no use pleading her innocence. The Card Soliders and Jack were all Spades. She was marched before the Queen of Hearts. To her horror, the queen appeared quite mad, "Off with her head!"

The Queen of Hearts was a lot of fun to put together. Outfit comes with Lolas Tango applier. Alice is wearing the kimono by Tomoto that has lots of cool details in the Alice in Wonderland theme. There is even an outer apron for this wonderful outfit, and a hairbow too. Oh, and something else kind of fun, The Ace Spades is known as the death card. This was lucky draw from the landing point. The outfit has a blue violet back, hood and stockings, and hair. 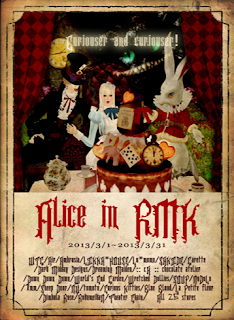