Fantasy Faire 2017: The Fall of Morbus 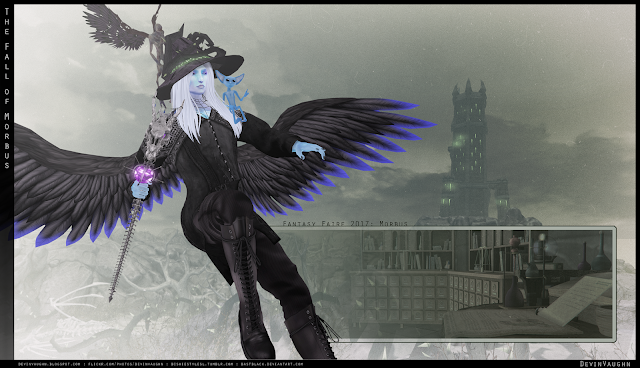 (click to enlarge)
STORYLINE: Farion the pixie wasn't too sure of his quest companion at first. The wizard was shifty looking. But they soon bonded over their shared skintone and joked, "Team Blue to the Rescue!" Turned out the guy was good at hunting ingredients for the spell they needed to save the Bard Queen and he was even able to brew it himself. (Only a few mishaps, nothing serious like the massive explosion when Farion last tried potions.) They were too busy slapping high-fives after defeating a giant winged demon that they failed to realize, "defeated" is not the same "gone." Unknown to them, a tiny hitchhiker joined their group.

The Fantasy Faire is fading into fond memories now. I want to show you all one more picture of cool new releases, like these badass Bento wings by Spider Productions that come with poses, ao and feather tints & glows. I also want to give Kudos to the The Fairelands Quest: The Bard Queens Song. I adore the FF quests, and this year's little Pixie with a heavy Aussie accent, was a real charmer. Loved it. 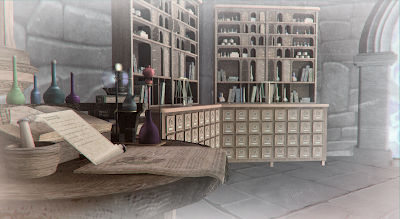 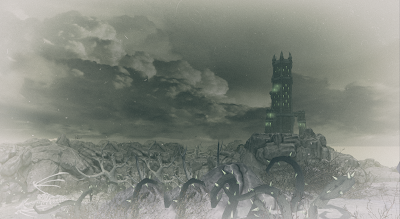 
Thanks for help with the pictures, Kariritaisho!