The Immortal 500: The Dominion of Team Nightrik 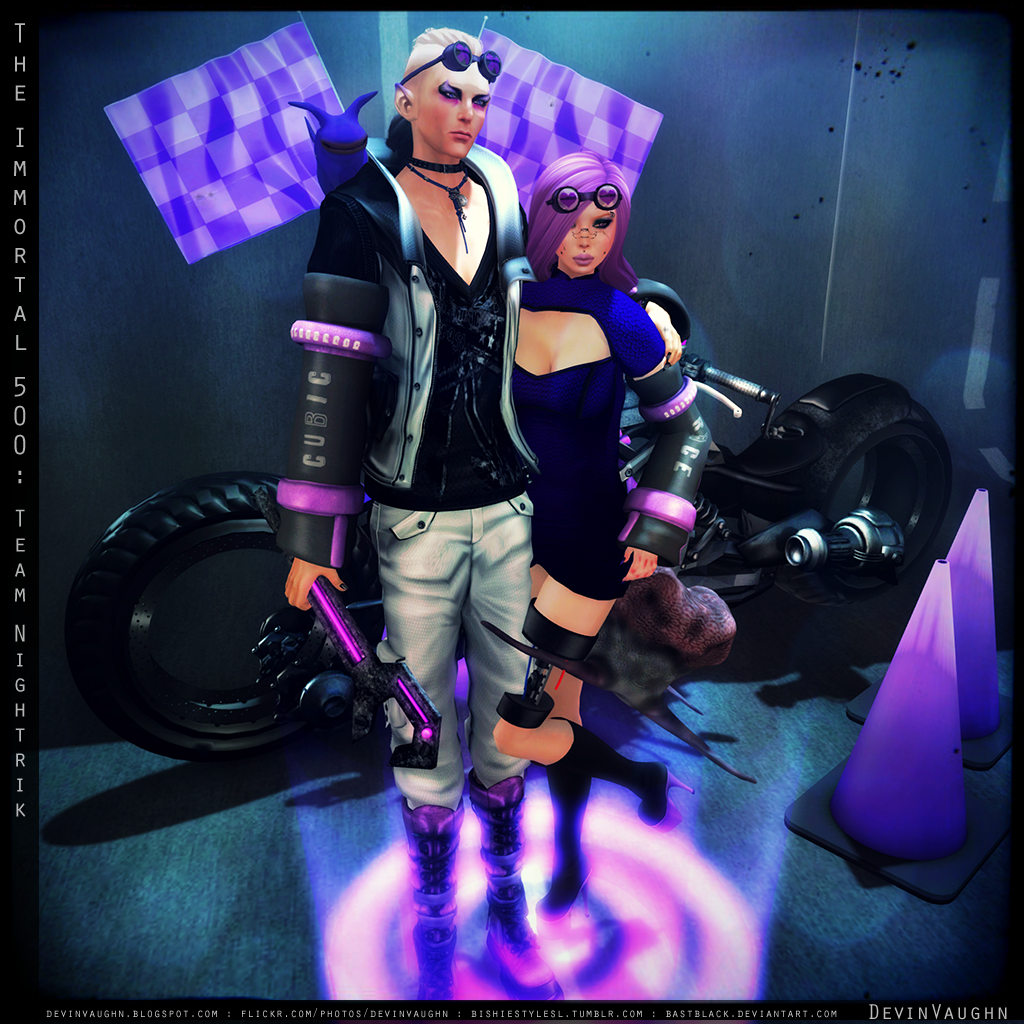 (click to enlarge)
STORYLINE: The increased enthusiasm for this year's race made no difference to team Nightrik. The brother and sister team ruled supreme over the Immortal 500 and no ambitious punk was going knock them off their throne. They had talent. They had cyborg implants and years of game simulations. And if all that failed, they had their secret stash of Noble Blood charged Nightrik fuel and mutant pet sabotagers.

Nightrik Nos is wearing the badass Viking Hair mohawk by Tableau Vivant. You can pick it up at the Fantasy Collective. The rigged Viking Hair has a long braid in the back with ties in the back color change. From Level Up are the fun goggles by Violent Seduction. You can get then in 14 different colors. They come with a hud to change the metal and texture of the lens. The anime style armwarmers by Cubic Cherry come in sizes large and small, and 8 different colors. On my shoulder, looking like an evil Pikachu, is Sunderblast from the Monster Slayer gacha. He looks so mischief, love it! The nails are Wicked Peach Checkered. Over at We <3 Role Play, you can pick up the cool Cyber Wrench by YumYums on sale. It comes in version for the belt or the hand with a trigger animation. If this makeup reminds you think of Labyrinth, you're right! I picked it up at Serafilms last month. You can pick it up at the Bubble mainstore. Under the eyes is the Sleepless makeup by Clemmm currently on sale at Tengoku Rakuen Furimaketto. The white nylon vest, shirt and shorts I picked up during Grasp's 4 anniversary. The p.a.n. stompers are by Death Row. I used the rigged Ice boot and added an tint of purple for a great effect. The "For the Win" pose is by An Lar Poses at Level Up. In the image below is the Monster Slayer follower Ghost Face. He bobs up and down, and the light changes. You can pick him up too at Level Up. 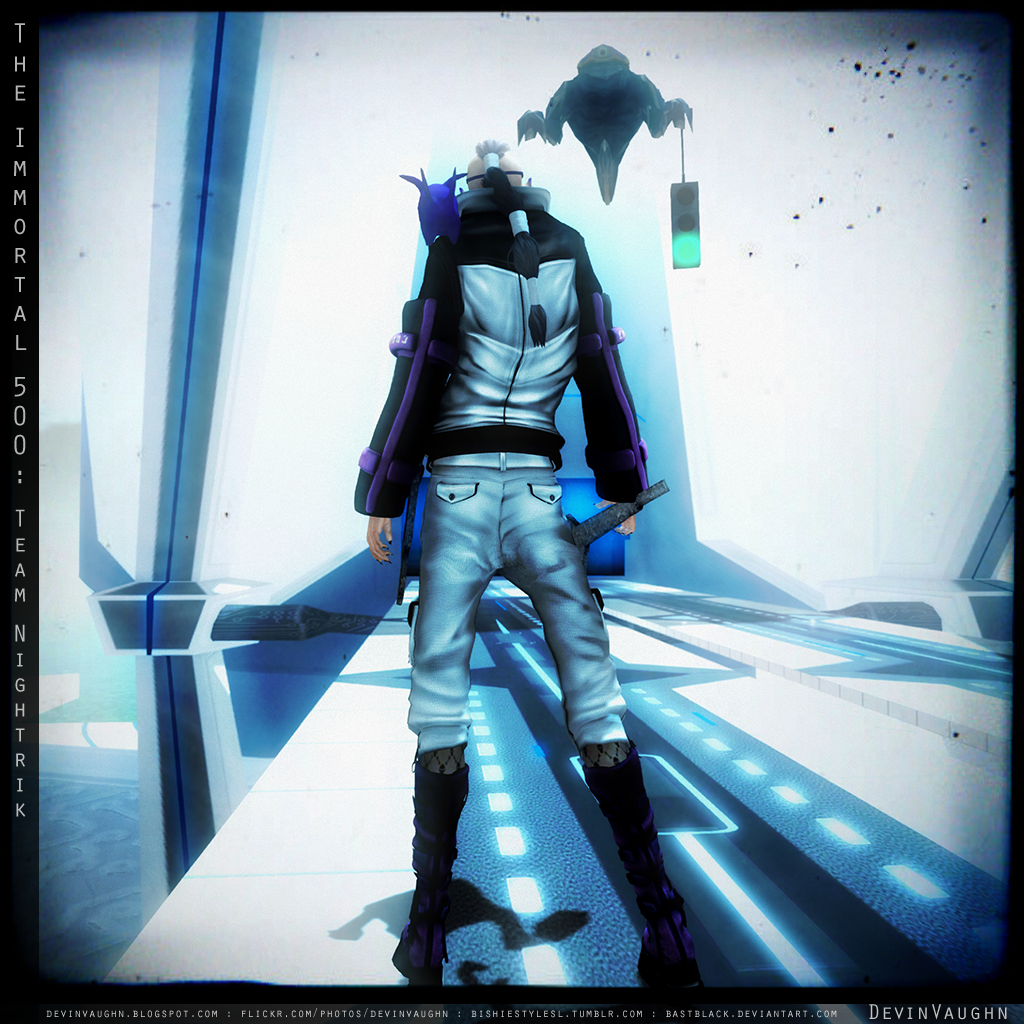 (click to enlarge)
STORYLINE: What a shame if team Nightrik knew when the starting light would turn green 10 seconds before anyone else. It would be an unfair advantage, wouldn't it?