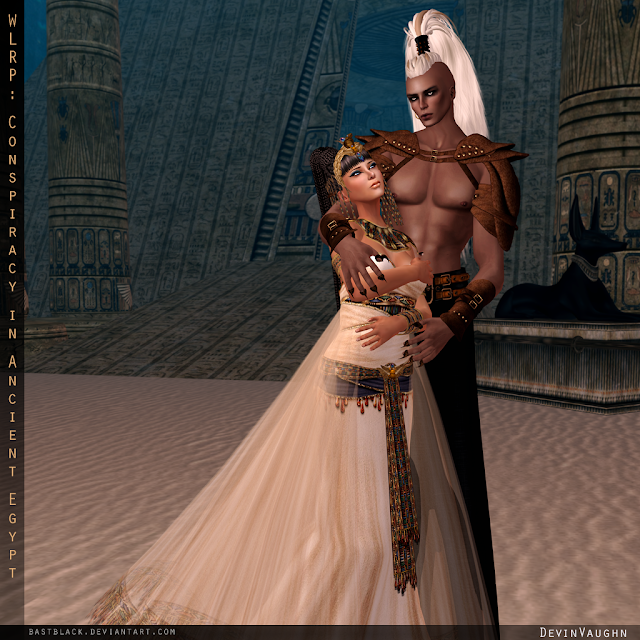 (click to enlarge)
STORYLINE: Kaiser Kruel was not always known by that name. In the ancient world, he was Horemheb, the ambitious Commander in Chief of Pharaoh's army when the Two Lands was at war with itself at the end of the 18th Dynasty. A beautiful Mitanni princess, Nefertiti, brought with her a new monotheistic religion that plunged the nation into a bloody power struggle between the Bull Worshippers and the new Children of the Sun. The heretic queen met an ugly end, and was soon followed by her lovesick husband Akhenaten. His sickly child ascended the throne and was also quickly dispatched. Ankhesenamun, the naive widow of short-lived Tutankhamen, flew into commander's arms, begging him to save her from a marriage to a Hittite prince. He only pretended to care. His eyes were firmly set on the prize. Once she was gone, that left only Aye standing in his way. 4 years later, Horemheb would become the most powerful god king in the known world and return Ancient Egypt to glory.

p.s. I am monster Ancient Egypt fan. This is a fiction but it's also based on lot of historical knowledge of this time period.

We <3 Role-Play! is in the second round this month with even more participants than the first round. If you love dressing in genres like Fantasy, Gor, Medieval, Victorian, and Egyptian run over there and scoop up new original content items on sale! I am showing three things currently available. First, let me say this Egyptian lady skin by Avea Heartsick combined with the dress by Arwen's Creations is stunning and perfectly coordinated. The crown is made to go with the Rocca hair by Tukinowaguma. The outfit comes with everything you see in the image plus clothing layer undergarments. If you love Ancient Egypt, RUN GO GET IT! Seriously. It's gorgeous. (When can I expect a male counterpart from Arwen's Creations? *taps foot impatient*) I am wearing the mesh armor on sale at event by Innoc. It comes in male and female, black and brown. You need to do some adjusting for a good fit on the unrigged mesh parts. The kilt I am wearing is rare item greatly needed, a long mesh kilt. This one by A:S:S comes with an awesome mesh belt in silver or gold, but for my purposes I used the L&B Biker belt to match the brown leather strap theme. I love my claw rings by Glitz. The Saint hair by Emo-tions could be like a punk version of the Sidelock hairstyle the Egyptian princes wore if you use a little imagination. 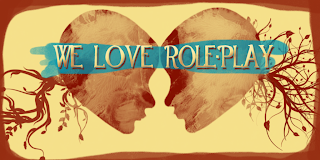